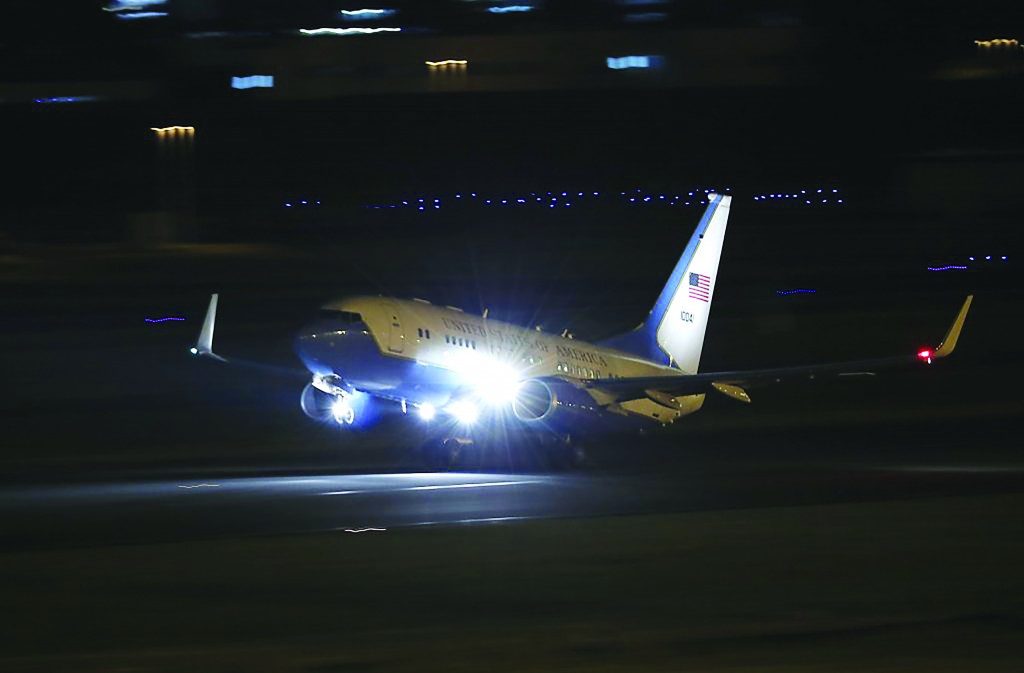 If you want to understand why Donald Trump is president today (and why he could very well win a second term), look to the Democrats’ hysterical response to two of Trump’s major foreign policy achievements over the past [few weeks].

[Two weeks ago], the president traveled to Joint Base Andrews to greet three American hostages whose release he had secured from North Korea. Unlike his predecessor, Trump did it without sending the offending regime an unmarked plane loaded with hundreds of millions in hard currency. The return of these American captives should have been a moment of celebration and bipartisan unity.

So how did Democrats respond? By blasting Trump for the way he welcomed the U.S. hostages home. The pretext for their outrage was Trump’s comment thanking Kim Jong Un, who he said “really was excellent to these three incredible people” — by which Trump obviously meant releasing them. No matter. Senate Minority Leader Charles E. Schumer (D-N.Y.) took the Senate floor to attack Trump for his “troubling” remarks. “Kim Jong Un is a dictator” who “capriciously detained American citizens,” Schumer declared, channeling Captain Obvious, and warned that, by praising Kim, Trump “weakens American foreign policy and puts American citizens at risk around the world.”

Seriously? How do Democrats take a positive event such as the release of American hostages and turn it into an excuse to attack Trump? Apparently, Trump Derangement Syndrome is so debilitating that Democrats can’t bring themselves to say “Good job, Mr. President,” even when he brings our hostages home. Before, Democrats complained that Trump was too belligerent toward Kim; now, they’re upset that he is too effusive. This is absurd. Trump is laying the groundwork for a high-stakes nuclear summit with Kim; of course the president is not going to publicly criticize him. People in Middle America listen to the Democrats’ reactions and think: Can Trump do nothing right in these people’s eyes?

Then, a few days later, Trump racked up another major achievement when he fulfilled his promise to move the U.S. Embassy to Jerusalem. Four American presidents pledged to do it, but only Trump actually did. How did Democrats respond? Not a single congressional Democrat traveled to Israel to attend the historic opening of the embassy. Sen. Lindsey O. Graham (R-S.C.) said that he personally invited Democrats to join the congressional delegation, but no one took him up on the offer. “I am disappointed that not one Democrat came,” Graham said. “What does that say?” It says not a single Democrat could bring themselves to join in a celebration of what Trump had done.

House Minority Leader Nancy Pelosi (D-Calif.) blasted Trump’s decision when he announced it in December, declaring that “moving the U.S. embassy to Jerusalem now may needlessly spark mass protests, fuel tensions, and make it more difficult to reach a durable peace.” Sen. Dianne Feinstein (D-Calif.) did the same, declaring, “The future of Jerusalem is an issue that should be decided by Israel and the Palestinians, not unilaterally by the United States.” Sen. Chris Murphy (D-Conn.) called Trump’s embassy move a setback while former Democratic presidential candidate Sen. Bernie Sanders (I-Vt.) declared that Trump’s action would “severely, perhaps irreparably damage” peace efforts.

Keep in mind, the past four Democratic Party platforms had called for the recognition of Jerusalem as the capital of Israel. And last June, the Senate voted 90-0 (with the support of Feinstein, Murphy and Sanders) for a resolution that “reaffirms the Jerusalem Embassy Act of 1995,” which mandated the embassy move (a bill that passed two decades ago with Pelosi’s vote). Americans see Trump being criticized for doing exactly what Congress demanded, and his Democratic and Republican predecessors promised, and they rightly see hypocrisy.

No matter what Trump does, the Democratic reaction is the same: Outrage. When Democrats can’t even praise Trump unreservedly for bringing American hostages home or show up when he fulfills a plank of the Democratic Party platform by moving our embassy to Jerusalem, it further convinces millions of Americans who abandoned the Democratic Party in 2016 that they made the right decision.
(The Washington Post Writers Group)