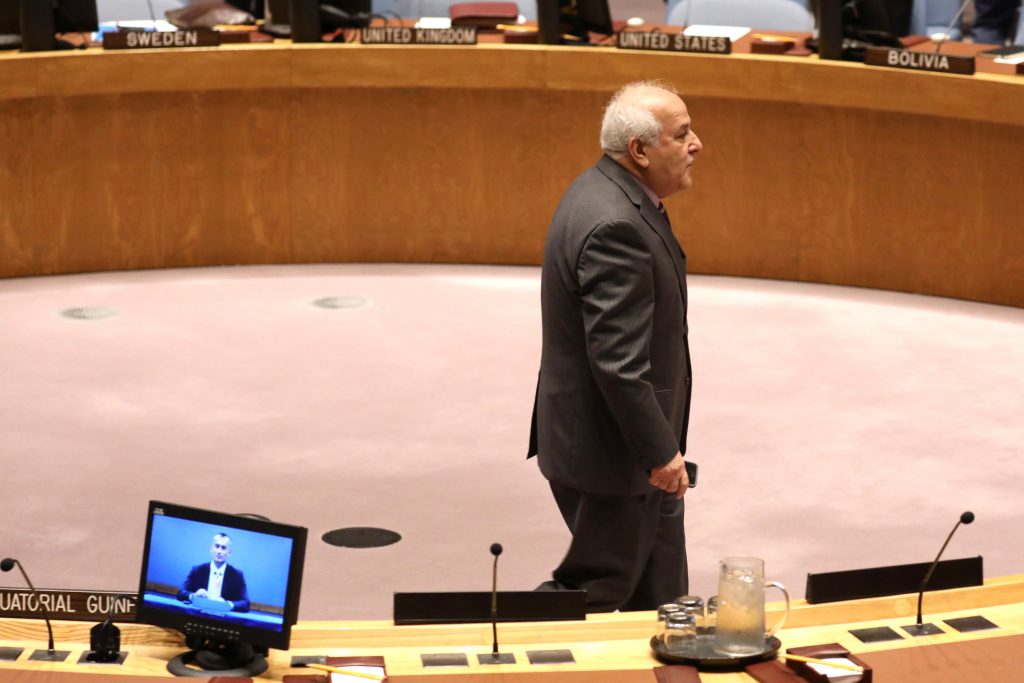 The White House is examining the possibility of punitive action against the Palestinian Authority for submitting a request to the International Criminal Court to investigate alleged Israeli war crimes, according to the The Times of Israel citing an official source on Wednesday.

“We are reviewing this latest development to determine if it requires changes to the operating status of the PLO office in Washington, D.C., which has been limited to activities related to achieving a lasting, comprehensive peace between the Israelis and Palestinians since November 2017,” a National Security Council spokesperson was quoted as saying.

According to U.S. law the Palestinian Authority could face penalties if it actively seeks the prosecution of Israelis at the ICC in The Hague. Among the penalties is closure of their diplomatic mission to the U.S., run by the Palestine Liberation Organization.

If the president determines that the Palestinians are not engaging in “direct and meaningful negotiations with Israel,” he can shut down the mission.

The White House on Tuesday urged both sides to re-enter final-status peace talks and termed the ICC move as unhelpful to prospects for peace.

State Department spokeswoman Heather Nauert told a press briefing on Wednesday: “Well, we have long believed that these types of actions are not conducive to peace. We are not a party to the International Criminal Court, as many of you know. We oppose the actions taking place against Israel at the International Criminal Court because we see that simply as counterproductive.”

“We have spoken about this many times before. Our position on this matter is well known. We oppose actions against Israel [at the International Criminal Court] because it doesn’t help the cause for peace. And that is one of the priorities of this administration, getting the Israelis and Palestinians back to the table where they can have a good, concrete negotiation about the peace process going forward. And the ICC just doesn’t do that,” she added.