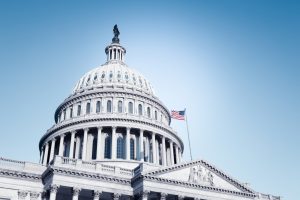 Every so often, a bipartisan bill gets introduced with provisions so logical that one can only wonder why such a law wasn’t passed years earlier.

Such is the case with a bill that is now making its way through Congress. Aptly named the “First Step Act,” it is an initial step towards making real changes to a penal system that is in desperate need of reform.

The United States has long prided itself on being a beacon of freedom, a pristine symbol of civil liberties and a tireless advocate for human rights. Yet attorneys, advocates, and officials who are acquainted with the inner workings of our penal system testify that the current system is at odds with everything this country stands for.

The majority of federal prisons in America are referred to as “Federal Correctional Institutions,” yet for all practical purposes, no “corrections” are taking place. Instead of being a facility in which offenders could rehabilitate their lives, prison in America is currently a place of heartbreak and devastation, and, in many cases, a breeding ground for violent crime.

The notion that a first-time white-collar offender could receive a longer prison sentence than someone convicted of manslaughter is a sign that something is very wrong. The fact that an individual with a pristine record who is found guilty of causing financial harm could be sentenced to long years in jail — even if it is clear that he never intended to embezzle anything from anyone — is evidence of a system that is broken and must be repaired.

Equally telling, if not more, the astonishingly high recidivism rate for violent crime is ample proof that the current process is broken.

Fortunately, in recent years, without waiting for Washington to take the lead, numerous states decided to do something about their prison systems. The success of efforts in states such as Texas make abundantly clear that with the right mix of fairness, common sense, and well-structured rehabilitation programs, dramatic improvements will take place.

As reported in these pages, the “First Step Act” passed out of the House Judiciary Committee with an overwhelming bipartisan vote of 25-5.

The bedrock of this bill is that it will establish much-needed rehabilitation programs and job training in the federal prison system. Inmates who successfully participate and have proven to be a low risk to re-offend will earn credits to transfer earlier to home confinement. On a state level, this has proven to reduce recidivism. This in turn will reduce crime, alleviate overcrowded prisons, and save billions in tax dollars previously spent on warehousing repeat offenders.

Under the bill, most white-collar prisoners determined to pose no serious risk of re-offending once they leave prison will be allowed to participate in programs to rehabilitate themselves and help them re-enter society. These prisoners will receive 10 days off their sentence for every 30 days in which they participate in the programs.

The time off for participating in the rehabilitation programs is in addition to the time off earned for good behavior, which will now be increased to a maximum of 54 days per year served from the previous limit of 47 days. Under the bill, prisoners who achieve the maximum time off for good behavior and participation in the rehab programs may end up reducing their sentences by almost 50 percent. Once they leave prison, they would serve the rest of their sentence in a halfway house, followed by home confinement, until 85 percent of the sentence has been served.

The bill will also transfer to home confinement low-risk inmates who are age 60 and up and have completed two-thirds of their sentence. Elderly inmates have a recidivism rate that is a fraction of those under 21, yet it is the seniors who are the fastest-growing age group in federal prisons and some $1.3 billion of taxpayers’ money is spent a year on their medical needs. A prison should not double as an old-age home, and allowing these inmates to finish their sentences under home-confinement is the humane thing to do.

Some Democrats eager for sentencing reform have expressed concern as to whether the bill goes far enough.

Yet, as 12 former federal judges and prosecutors who are strongly promoting sentencing reform put it, “failing to pass this bill would be unconscionable and would disserve the stated political and policy goals of those proposing [sentencing reform] …

“Those of us who want more comprehensive criminal justice reform, including sentencing reform, recognize that a journey of a thousand miles begins with a single step. Please don’t turn back now,” the jurists rightfully wrote.

We respectfully urge the members of both houses of Congress to pass this bill as soon as possible. It is an excellent and much-needed “First Step” in the right direction.