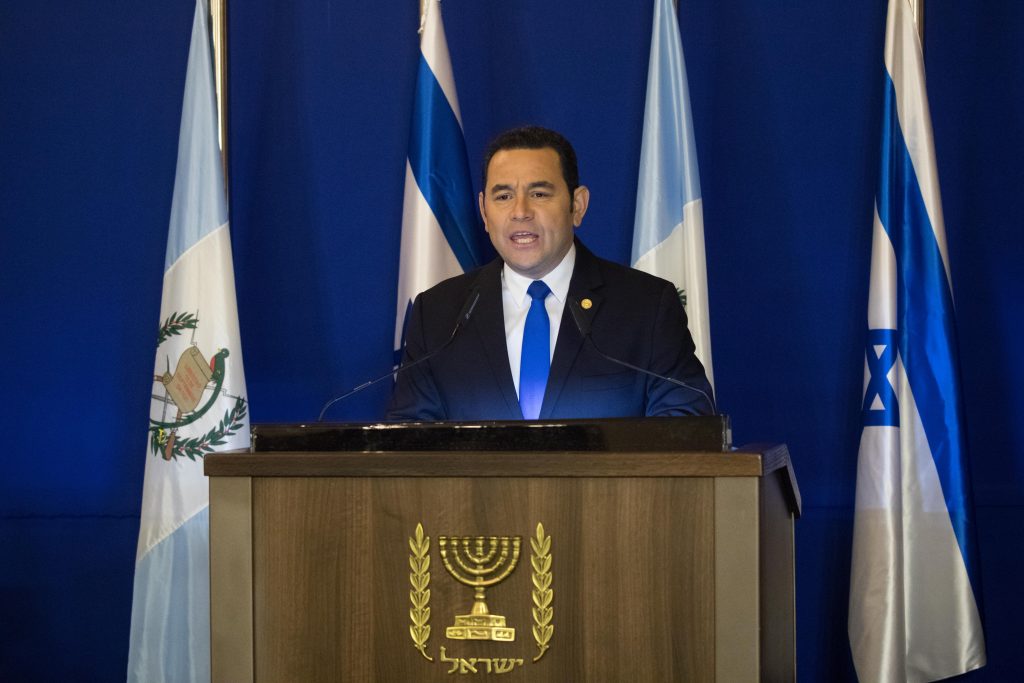 The Arab League has said it will no longer cooperate on any level with Guatemala because of the country’s decision to move its embassy in Israel from Tel Aviv to Yerushalayim.

The Cairo-based organization said Wednesday it has abandoned a memorandum of understanding signed in 2013 and has severed relations with the Central American country.

Guatemala moved its embassy earlier this month, following the inauguration of the U.S. Embassy in the Israeli capital.

Guatemala was the first country to locate its embassy in Yerushalayim, in 1956. It moved the facility 24 years later to Tel Aviv, after the Knesset declared Yerushalayim its eternal and indivisible capital in contravention of a United Nations resolution.

Meanwhile, the White House released a statement that the U.S. “welcomes the move of the Paraguayan Embassy in Israel from Tel Aviv to Jerusalem.”&

“We thank our Western Hemisphere partner for joining us in recognizing Israel’s capital and encourage additional moves,” it said.