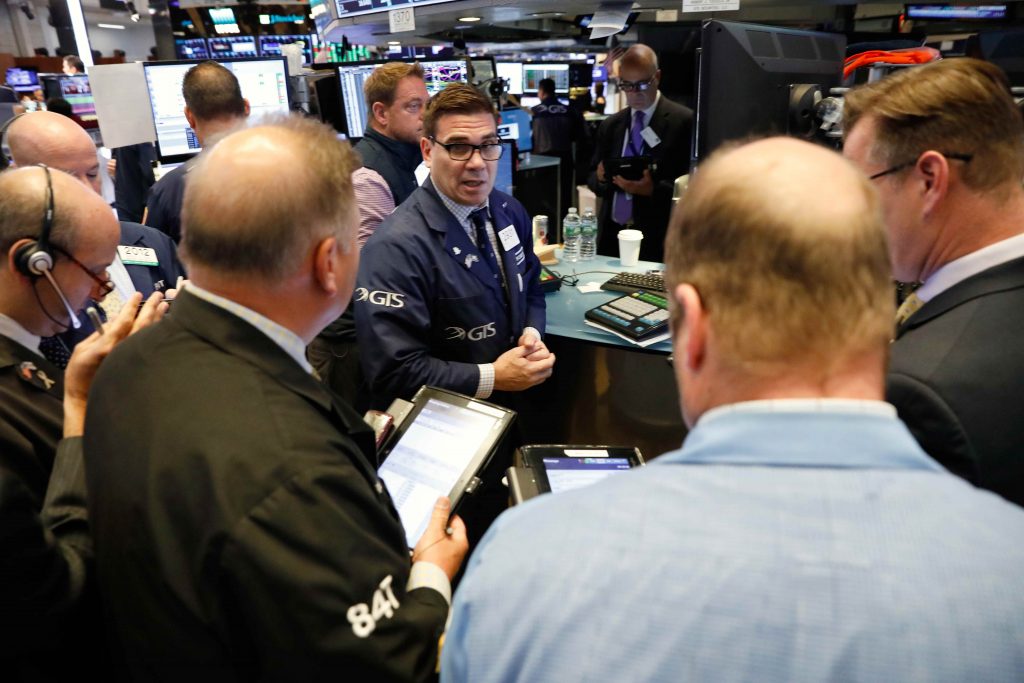 Wall Street gave up earlier gains and was little changed on Tuesday afternoon after U.S. President Donald Trump said he was not pleased with the recent U.S.-China trade talks and also raised doubts about the upcoming North Korea summit.

Pres. Trump said the China trade talks “were a start” and that there was no deal with China on ZTE Corp. Pres. Trump has adopted a more conciliatory stance in the China talks as North Korea, whose chief ally is Beijing, has called into question a summit planned for next month in Singapore.

The president’s comments come after U.S. Treasury Secretary Steven Mnuchin said over the weekend that the two countries had put the prospect of a trade war “on hold” and agreed to hold more talks to boost U.S. exports to China.

“We are getting mixed signals from the administration, and that’s why everyone is a little cautious in reacting to the headlines,” said Michael O’Rourke, chief market strategist at JonesTrading in Greenwich, Connecticut.

“It makes people less enthusiastic and there has been nothing that has truly alarmed people yet. Investors are at a point where they’re taking everything that is said tentatively, with a grain of salt.”

The industrial sector dipped 0.6 percent, a day after posting its best one-day percentage gain in nearly two months on the trade truce.

Six of the 11 major indexes were trading higher, led by the financials sector’s 1.1 percent gain on hopes that a bill aimed at easing bank rules, put in place after the financial crisis, could be passed as soon as this week.

Kohl’s tumbled 5.8 percent, weighing on other retailers, after forecasting slower growth in the second half of the year.

Autozone sank 7.3 percent, the most on the S&P and dragging other auto part retailers, after warning higher costs would persist due to wage pressure.

Carmakers Ford, General Motors and Fiat Chrysler gained between 0.5 percent and 1.7 percent after Beijing said it will steeply cut import tariffs for automobiles and car parts.

Steel stocks gained, led by a roughly 3 percent jump in AK Steel and U.S. Steel, after the United States said it would slap steep import duties on steel products with origins in China but shipped from Vietnam to evade anti-dumping orders.

Facebook was down 0.3 percent as Chief Executive Mark Zuckerberg apologized to European lawmakers for a massive data leak in an ongoing testimony.

The S&P index recorded 29 new 52-week highs and no new lows, while the Nasdaq recorded 136 new highs and 29 new lows.