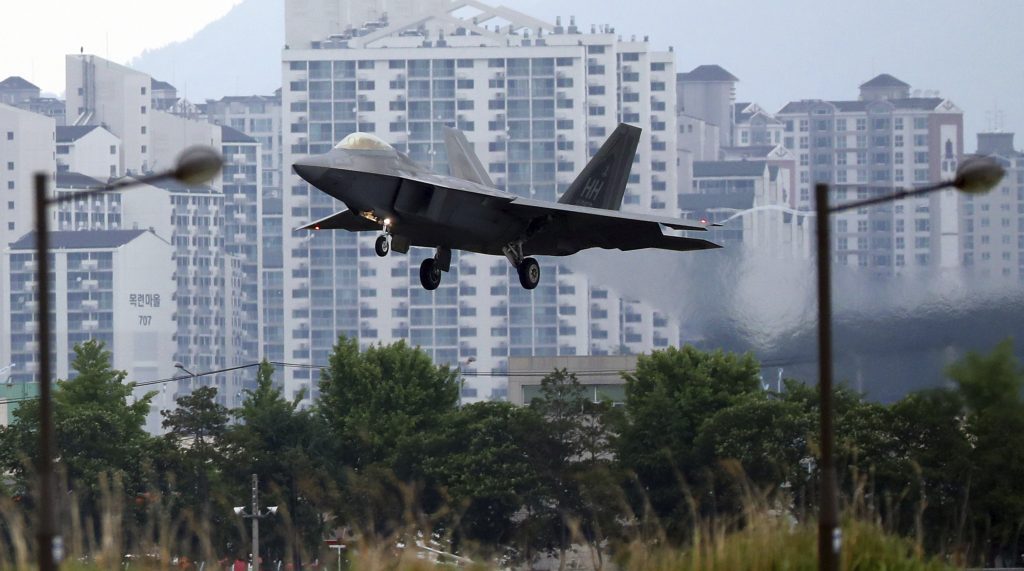 North Korean media stepped up their rhetorical attacks on South Korea and its joint military exercises with the United States, warning Tuesday that a budding detente could be in danger.

The official media had until recently taken a relatively subdued tone amid the North’s diplomatic overtures to its neighbors, including a summit with South Korea’s president last month and plans for leader Kim Jong Un to meet President Donald Trump in Singapore on June 12.

That first changed last week, when North Korea lashed out against the maneuvers, cut high-level contacts with Seoul and threatened to “reconsider” the Trump summit.

One of the reports on Tuesday, which came as North Korea allowed an airplane full of foreign journalists into the country to cover the dismantling of its nuclear test site this week, accused Seoul of teaming up with Washington for military drills intended as a show of force and as a “war drill” against it.

It’s not unusual for North Korea’s official media to turn to hyperbole to make a point and the rhetorical barrage coincides with a visit to Washington by South Korean President Moon Jae-in. Strongly worded messages don’t necessarily mean it is backing away from diplomatic negotiations.

But the North’s abrupt sharpening of its words has raised concerns the Trump summit may prove to be a bumpy one — or that it could even be in jeopardy. Trump has suggested he is willing to walk away if Kim isn’t willing to have a fruitful meeting and it appears both sides have agendas that remain far apart from each other.

There has been no indication that North Korea will cancel plans to dismantle the test site, an important gesture of goodwill. The North has also not suggested it will go back on its promise to halt underground testing and launches of intercontinental ballistic missiles.

But it did ban South Korean journalists from the trip to the nuclear site. And the language Tuesday offered a veiled threat that talks could be harmed.

“Dialogue and saber-rattling can never go together,” said the commentary published in Minju Joson, one of the country’s four main daily newspapers.

“There are some arguments describing the improvement of the situation on the Korean Peninsula as ‘result of hard-line diplomacy’ of the U.S. and ‘result of sustained pressure,'” said another, by the official KCNA news agency. “It seriously chills the atmosphere of the DPRK-U.S. dialogue and is of no help to the development of the situation.”

DPRK is short for the Democratic People’s Republic of Korea, the North’s official name.

Yet another article lashed out at South Korean authorities for allowing defectors to send anti-North Korea leaflets across their border.

It noted that the two leaders agreed at their summit in the Demilitarized Zone last month not to conduct hostile acts against each other and said the authorities have an obligation under that agreement to block such actions, even by private citizens.

“If the North-South relations face a grave difficulty again owing to the provocation of human scum, the blame for it will be entirely on the South Korean authorities,” the report said. “They must know what price they will be made to pay.”