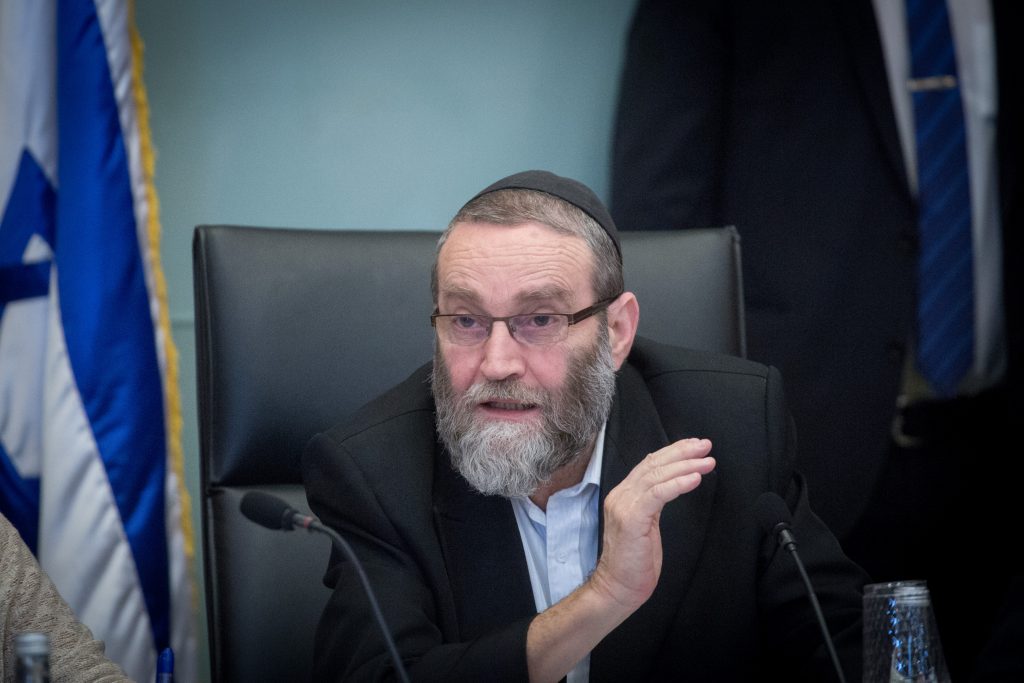 Knesset Finance Committee Chairman Rabbi Moshe Gafni has urged the government to re-open talks with the U.S. about the threatened loss of thousands of jobs in the implementation of the 10-year military-aid package that goes into effect next year.

“We have to have a discussion with the United States. It’s our friend. It’s interested in what’s happening here. We have to provide a solution for these people,” said Rabbi Gafni on Monday.

The statement followed a presentation by Zeev Zilber, an economist at the Defense Ministry, in which he estimated that job losses in the defense and related sectors could reach 22,000.

Although Zilber said he did not think it likely that the U.S. would agree to changes in the agreement, some members of the committee disagreed.

“The administration in the United States today is different from the previous one, so we can act on a diplomatic level,” opined MK Mickey Levy (Yesh Atid).

Levy said that if revisions aren’t made, it could lead to 130 factories closing, 40 percent of them in the vulnerable periphery where unemployment is high in any case.

“Ensuring employment in the periphery is no less important than the issue of defense. It means that society will crumble if tens of thousands are fired. We cannot stand idly by in such a situation,” said Rabbi Gafni.

In addition, MK Eyal Ben-Reuven (Zionist Camp) expressed concern that Israel could lose its technological edge and its domestic sources of equipment if local industry implodes, citing the Iron Dome anti-missile system as an example.

“Small companies are the source of many ideas used by larger ones. We’re told that we will have six years, that [the impact] will be spread out, but the biggest companies are already on their way to the United States,” Ben-Reuven said. Furthermore, he charged, the government has no plan to deal with the impact.