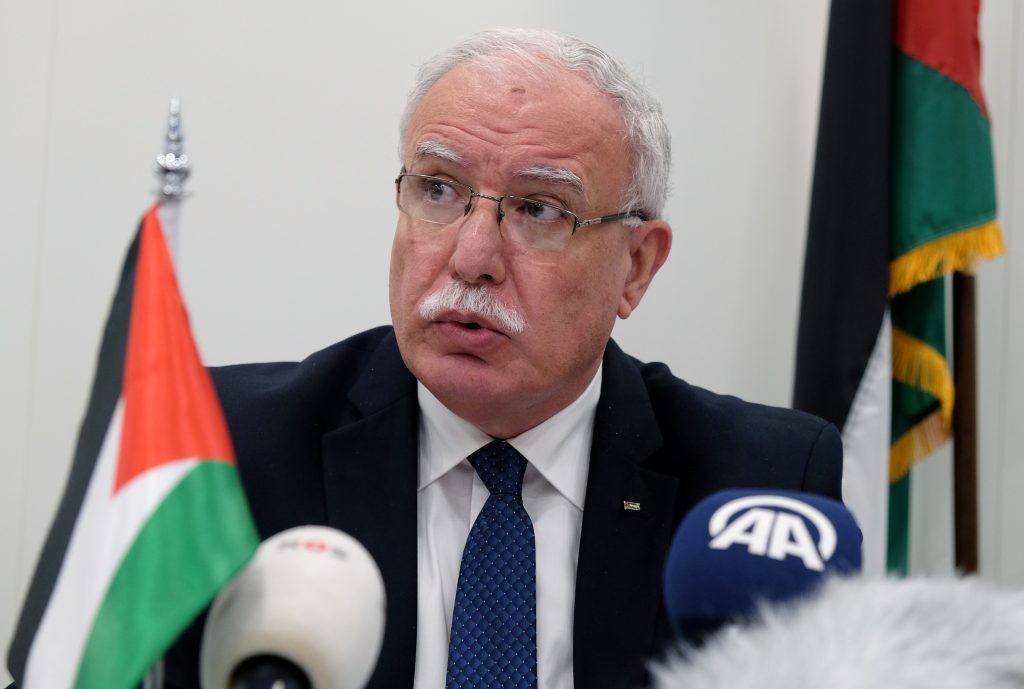 Israel said that it takes a “severe view” of the Palestinian request to the International Criminal Court for a probe into alleged Israeli crimes against the Palestinians and is urging ICC to reject what it called a “cynical step.”

A statement from the Israel Foreign Ministry called Tuesday’s request “absurd,” accusing the Palestinians of incitement and exploiting civilians as “human shields.”

It also said the ICC lacks jurisdiction in the case because Israel is not a member of the court.

The Foreign Ministry statement says that “Israel expects the ICC and its prosecutor not to yield to Palestinian pressure, and stand firm against continued Palestinian efforts to politicize the court and to derail it from its mandate.”

Earlier Tuesday, Palestinian Foreign Minister Riad Malki asked the ICC to open an “immediate investigation” into alleged Israeli “crimes” committed against the Palestinians. Speaking to reporters at the ICC in The Hague, Netherlands, Malki said he submitted the “referral” to the court during a meeting with the ICC’s chief prosecutor, Fatou Bensouda.

“There is a culture of impunity in Israel for crimes against Palestinians,” Malki said. “This referral is Palestine’s test to the international mechanism of accountability and respect for international law.”

“This is a conduct that requires that we take action and this is why we moved in this regard,” said Palestinian Assistant Minister for Multilateral Affairs Ammar Hijazi, referring to recent Gaza violence.

Israel has said it was defending its border and accused Gaza’s ruling Hamas terror group of using the unrest to carry out attempted attacks and of using civilians as human shields.

In response to Tuesday’s move at the ICC, Israel accused the Palestinians of violent incitement against Israel and exploiting women and children as human shields. It also said the ICC had no jurisdiction in the case because Israel is not a member of the court.

“Israel expects the ICC and its prosecutor not to yield to Palestinian pressure, and stand firm against continued Palestinian efforts to politicize the court and to derail it from its mandate,” the Israeli statement said.

Israel is not a member of the ICC, but its citizens can be charged by the court if they are suspected of committing grave crimes on the territory or against a national of a country that is a member. The ICC has recognized “Palestine” as a member state.

The ICC is a court of last resort — it is authorized to take on cases where national authorities cannot or will not launch prosecutions.

While the ICC can indict suspects, it has no police force and has to rely on cooperation from member states to enforce arrest warrants.