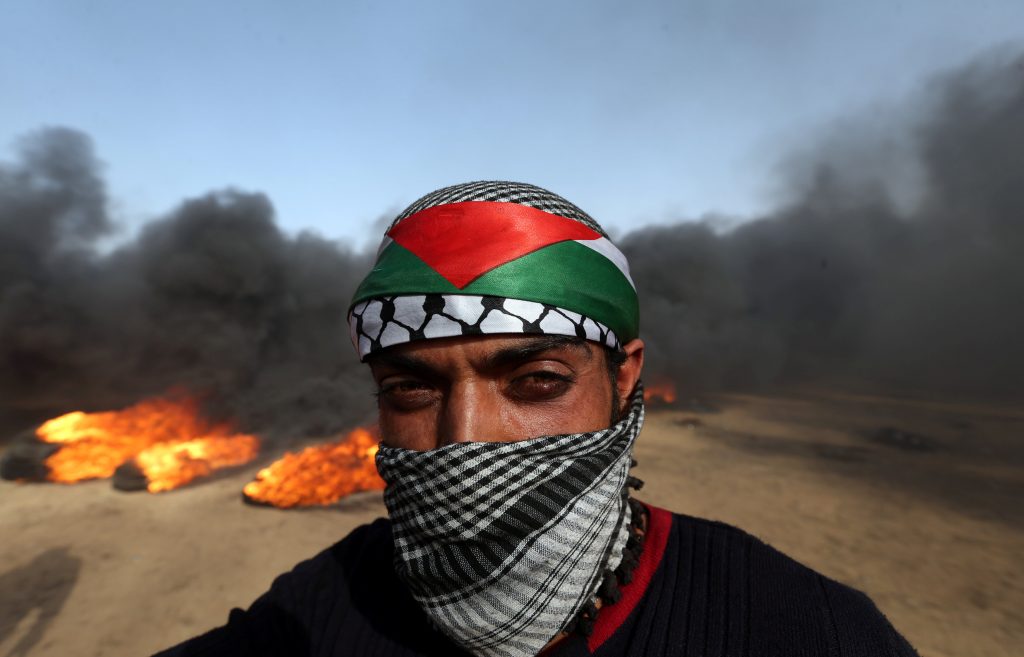 The Western media is an accomplice in helping Hamas achieve its terror goals – because it accepts the terror group’s claims without criticism or question, according to IDF Spokesperson Ronen Manelis. Writing in The Wall Street Journal, Manelis said that the terror group termed the recent riots at the Gaza border a “’peaceful protest,’ and much of the world simply fell for it.”

Proof was supplied by the terror group itself, when top Hamas terrorist Salah Bardawil said in an interview that at least 50 of the 62 rioters killed last Monday in the mass confrontation between the IDF and 35,000 Gazans were Hamas members. “Hamas itself has confirmed that 80 percent of those killed in their violent riots last Monday were members of a terrorist group, not innocent civilians. Several more of the fatalities were claimed by Palestinian Islamic Jihad. On May 13, Mahmoud Al-Zahar, a co-founder of Hamas, said in an interview with Al Jazeera: ‘When we talk about peaceful resistance, we are deceiving the public.’ You can trust Hamas only when they admit to their lies,” wrote Manelis.

Wise to the game, “IDF soldiers acted with courage and restraint, following strict rules of engagement to ensure minimum civilian harm and loss of life while still defending the border. As part of Hamas’ propaganda operation, hundreds of Gazans were injured last week and several dozen died, most of whom were Hamas operatives. None of this violence had to occur, but it was the violence that Hamas instigated and orchestrated so that the headlines and pictures would reinforce the lies that the Hamas spokesmen had planned,” wrote Manelis.

“For its own reasons, the media is satisfied to enable Hamas – or even to openly assist it – in spreading its lies. But if in order to win the international propaganda war I need to lie like Hamas, then I prefer to tell the truth and lose,” Manelis wrote. “The IDF will win where it matters – protecting our civilians in the face of terror. The soldiers of the IDF won this week by keeping Israeli families safe and by stopping Hamas from accomplishing its stated goals.”