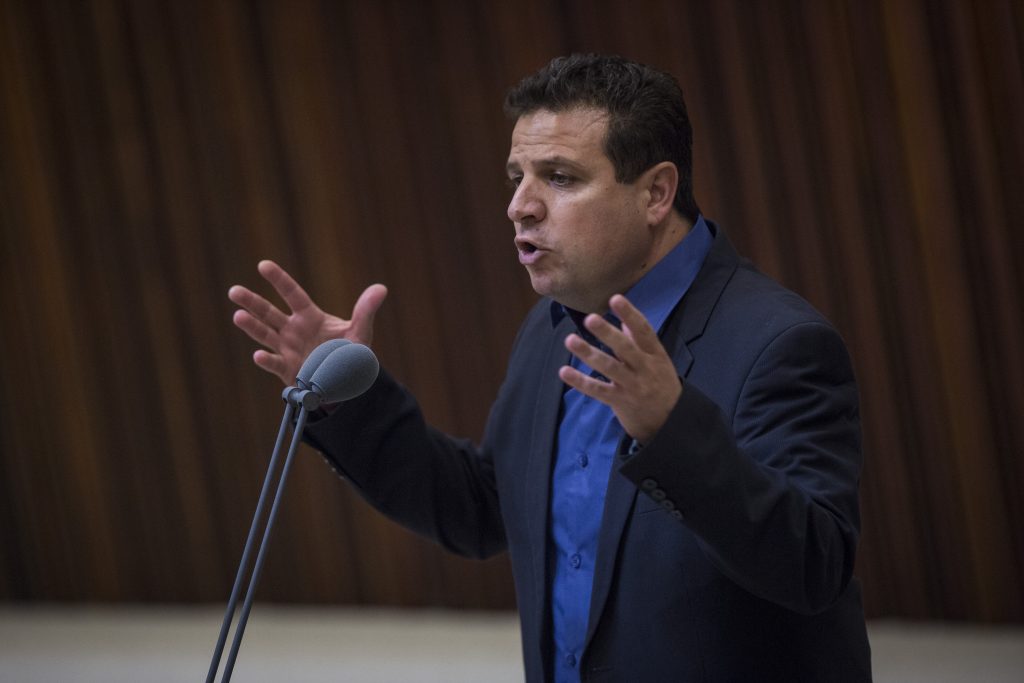 Public Security Minister Gilad Erdan on Monday asked Attorney General Avichai Mandelblit to open a criminal investigation into the actions of United Arab List MK Ayman Odeh in a riot that Erdan says Odeh orchestrated and encouraged on Saturday. “Even if he is a Knesset member, we cannot have a situation where he will curse police officers and encourage violence against them. I am seeking to charge Odeh for insulting public officials and disrupting police work. It’s time that MKs from the United Arab List start accounting for their horrible behavior,” Erdan said.

The comments came after Odeh confronted police who refused to allow him entry to Bnai Zion Medical Center in Haifa. Odeh and a large group accompanying him started pushing the officers, who called for backup. Odeh then began screaming and cursing the officers. Police said that they considered the incident “very serious” and an attempt to attack police officers and prevent them from doing their job.

Commenting on the incident, Defense Minister Avigdor Liberman said that “every day that Ayman Odeh and his colleagues walk around freely humiliating the police force marks a failure on the part of law enforcement. These criminals belong not in the Knesset but in jail. It’s time for them to pay for their actions.”