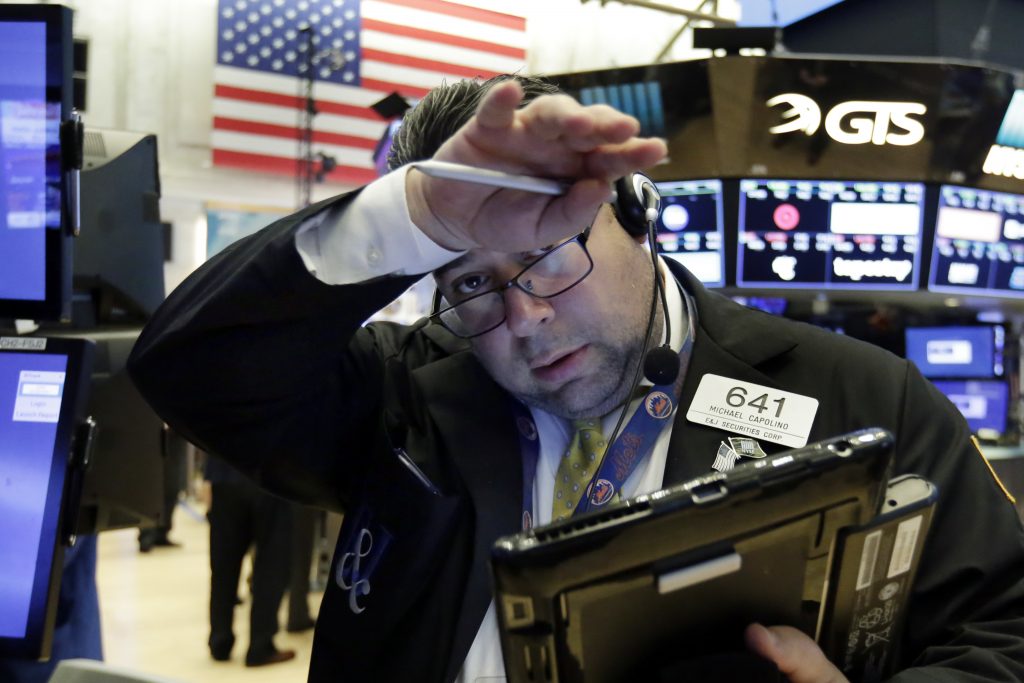 CHOPPY WEEK: After a strong start to the month, markets have been choppy this week as investors turned the page on the first-quarter earnings-reporting season and weighed the implications of rising interest rates and the ongoing trade tensions between the U.S. and China. The countries, which have threatened tariffs on each other, were holding discussions aimed at averting a trade war between the world’s two biggest economies.

THE QUOTE: “Markets are taking a little bit of a breather and waiting for something to happen before reacting,” said Veronica Willis, investment strategy analyst for Wells Fargo Investment Institute. “They still don’t know what to expect, what kind of compromises may be made between the U.S. and China in terms of trade.”

SOUP’S OFF: Campbell Soup plunged 12 percent to $34.53 after the packaged-foods company lowered its profit forecast and said that its CEO, Denise Morrison, was retiring effective immediately. The stock was the biggest decliner in the S&P 500 and was having its worst single-day drop since 1999.

NOT A GOOD LOOK: Nordstrom tumbled 9.9 percent to $45.85 after the upscale department-store chain said that sales at established stores, a key metric for retailers, showed meager gains in the first quarter.

FALLING SHORT: Applied Materials gave up 8.4 percent to $49.44 after the maker of chipmaking equipment forecast revenue for the current quarter that was below Wall Street’s estimates.

ON THE RISE: Shares in industrial stocks rose. Deere & Co. led all stocks in the S&P 500, climbing 6 percent to $155.68 after the agricultural- and construction-equipment maker forecast 35 percent growth in equipment sales for its third quarter.

PAYING UP: PayPal Holdings added 2.3 percent to $81.04 on news that the company is buying Stockholm-based payment-processing startup iZettle for $2.2 billion with the aim of expanding into Europe and Latin America.

The slide in oil prices was a drag on energy stocks. Range Resources slid 2.7 percent to $15.25.

BOND YIELDS: Bond prices rose. The yield on the 10-year Treasury fell to 3.07 percent from 3.12 percent late Thursday. The pullback in bond yields, which affect interest rates on mortgages and other consumer loans, weighed on bank stocks. Citigroup fell 2.1 percent to $70.04.