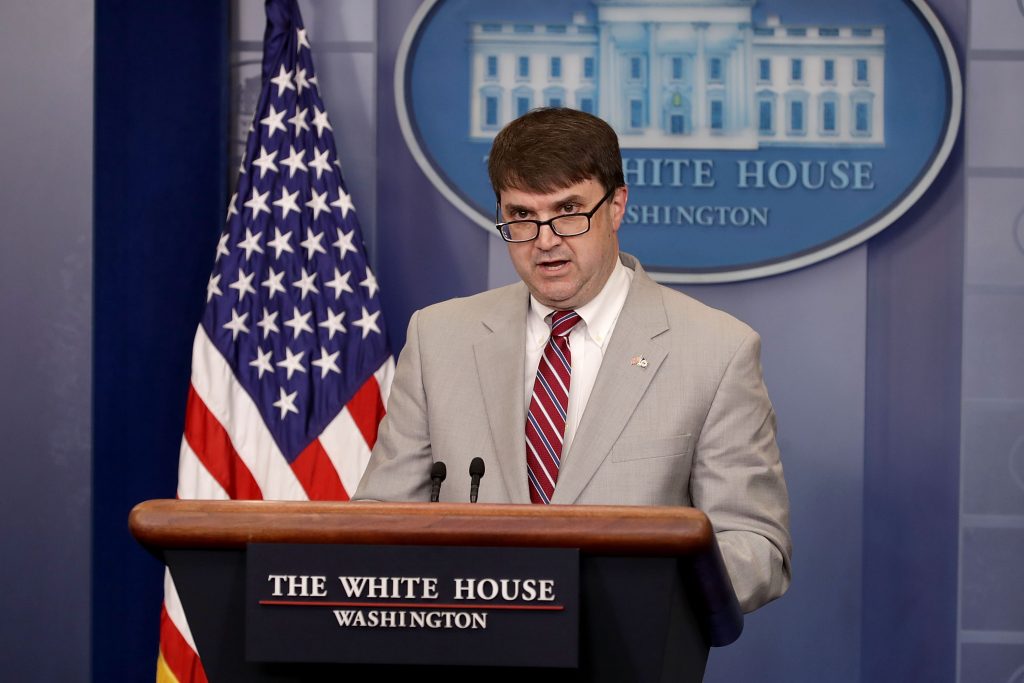 Wilkie is a former Pentagon undersecretary for personnel and readiness. He’s led the agency for two months, ever since Trump fired David Shulkin amid an internal revolt and questions about his compliance with ethics rules.

Wilkie appeared in the White House press briefing room Thursday to accept a check for the amount of Trump’s first-quarter salary, which he donated to the agency. Trump has pledged to return his entire salary to the federal government, and has used the symbolic check handover quarterly to highlight his administration’s policy efforts.