National Shooting in Texas High School, Up to 10 Dead
National 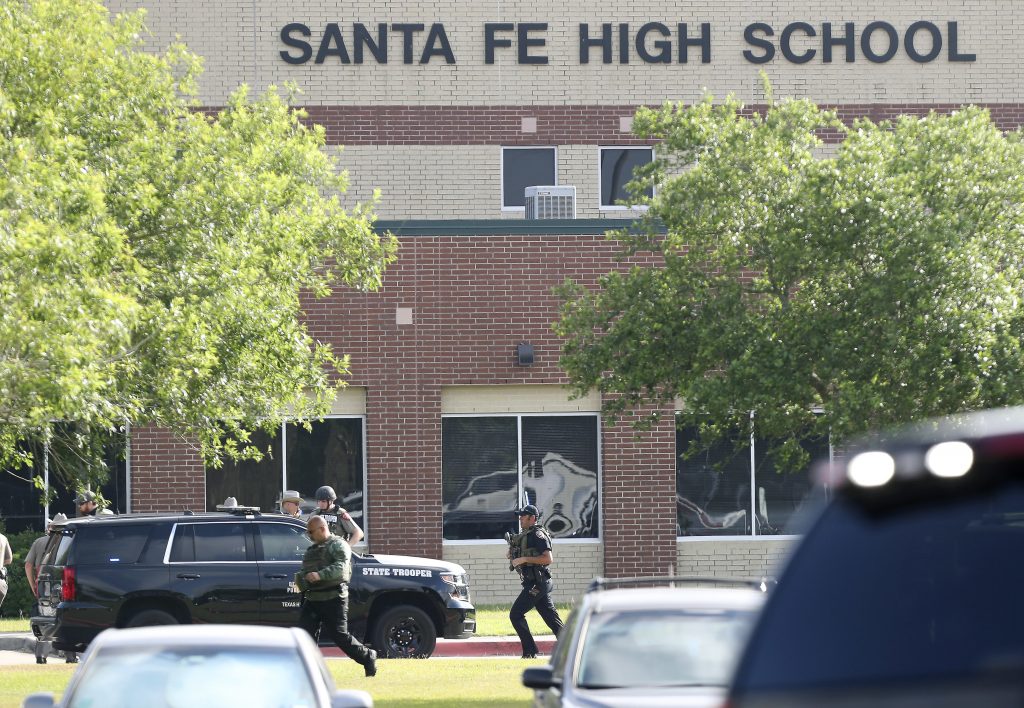 At least one gunman opened fire at a Houston-area high school Friday, killing eight to 10 people, most of them students, authorities said.

Harris County Sheriff Ed Gonzalez said he could not be precise about the number of deaths at Santa Fe High School, which went on lockdown around 8 a.m. Two suspects believed to be students were in custody.

The school district confirmed an unspecified number of injuries but said it would not immediately release further details. Assistant Principal Cris Richardson said a suspect had been arrested.

“We hope the worst is over, and I really can’t say any more about that because it would be pure speculation,” Richardson told reporters at the scene.

Aerial footage showed students standing in a grassy field and three medical helicopters landing at the school in Santa Fe, a city of about 13,000 residents roughly 30 miles southeast of Houston.

School officials said law-enforcement officers were working to secure the building and move students to another location, where they would be picked up by their parents.

One student told KTRK in a telephone interview that a gunman came into her first-period art class and started shooting. The student said she saw one girl with blood on her leg as the class evacuated the room.

“We thought it was a fire drill at first but really, the teacher said, ‘Start running,’ ” said the student.

The student said she did not get a good look at the shooter because she was running away. She said students escaped through a door at the back of the classroom.