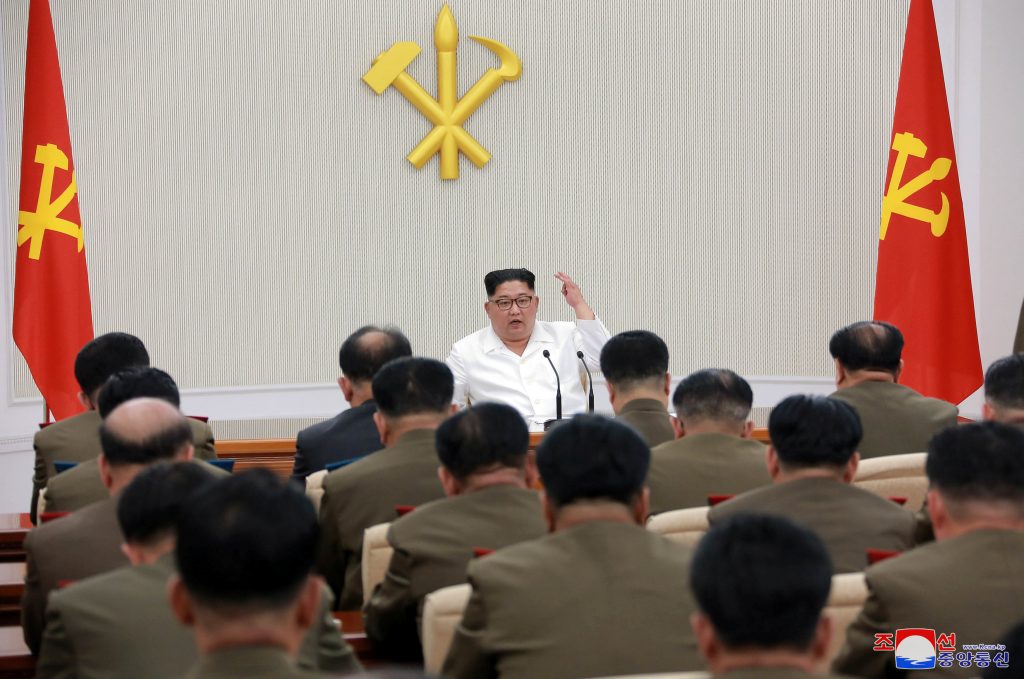 South Korea said Friday it believes North Korea remains committed to improving relations despite strongly criticizing Seoul over ongoing U.S.-South Korean military drills and insisting it will not return to inter-Korean talks unless its grievances are resolved.

“We are just at the starting point and we will not stop or waver as we move forward for peace in the Korean Peninsula,” said Baek.

North Korea has taken repeated proverbial shots at Washington and Seoul since canceling a high-level meeting with South Korea on Wednesday and threatening to scrap next month’s historic summit between its leader Kim Jong Un and President Donald Trump, saying it won’t be unilaterally pressured into relinquishing its nuclear weapons.

The North’s threat cooled what had been an unusual flurry of diplomatic moves from a country that last year conducted a provocative series of weapons tests that had many fearing the region was on the edge of war. It also underscored South Korea’s delicate role as an intermediary between the U.S. and North Korea and raised questions over Seoul’s claim that Kim has a genuine interest in dealing away his nukes.

Analysts said it’s unlikely that North Korea intends to scuttle all diplomacy. More likely, they said, is that it wants to gain leverage ahead of the talks between Kim and Trump, scheduled for June 12 in Singapore.

Baek spoke hours after Ri Son Gwon, chairman of a North Korean agency that deals with inter-Korean affairs, accused South Korea’s government of being “an ignorant and incompetent group devoid of the elementary sense of the present situation, of any concrete picture of their dialogue partner and of the ability to discern the present trend of the times.”

In comments published by the North’s Korean Central News Agency, Ri said the “extremely adventurous” U.S.-South Korean military drills were practicing strikes on strategic targets in North Korea, and accused the South of allowing “human scum to hurt the dignity” of the North’s supreme leadership.

Ri was apparently referring to a news conference held at South Korea’s National Assembly on Monday by Thae Yong Ho, a former senior North Korean diplomat who defected to the South in 2016. Thae said it’s highly unlikely that Kim would ever fully relinquish his nuclear weapons or agree to a robust verification regime.

Ri said it will be difficult to resume talks with South Korea “unless the serious situation which led to the suspension of the North-South high-level talks is settled.”

Senior officials from the two Koreas were to sit down at a border village on Wednesday to discuss how to implement their leaders’ agreements to reduce military tensions along their heavily fortified border and improve overall ties, but the North canceled the meeting.

In Washington, Trump said Thursday that nothing has changed with respect to North Korea after the warning from Pyongyang. He said North Korean officials are discussing logistical details about the meeting with the U.S. “as if nothing happened.”

Trying to address the North Korean concerns, Trump said if Kim were to agree to denuclearize, “he’ll get protections that would be very strong.”

But Trump warned that failure to make a deal could have grave consequences for Kim. Mentioning what happened in Libya, Trump said, “That model would take place if we don’t make a deal.”

“The Libyan model isn’t the model we have at all. In Libya we decimated that country.” Trump added. “There was no deal to keep Gadhafi.”

Trump said he is “willing to do a lot” to provide security guarantees to Kim. “The best thing he could do is make a deal.”