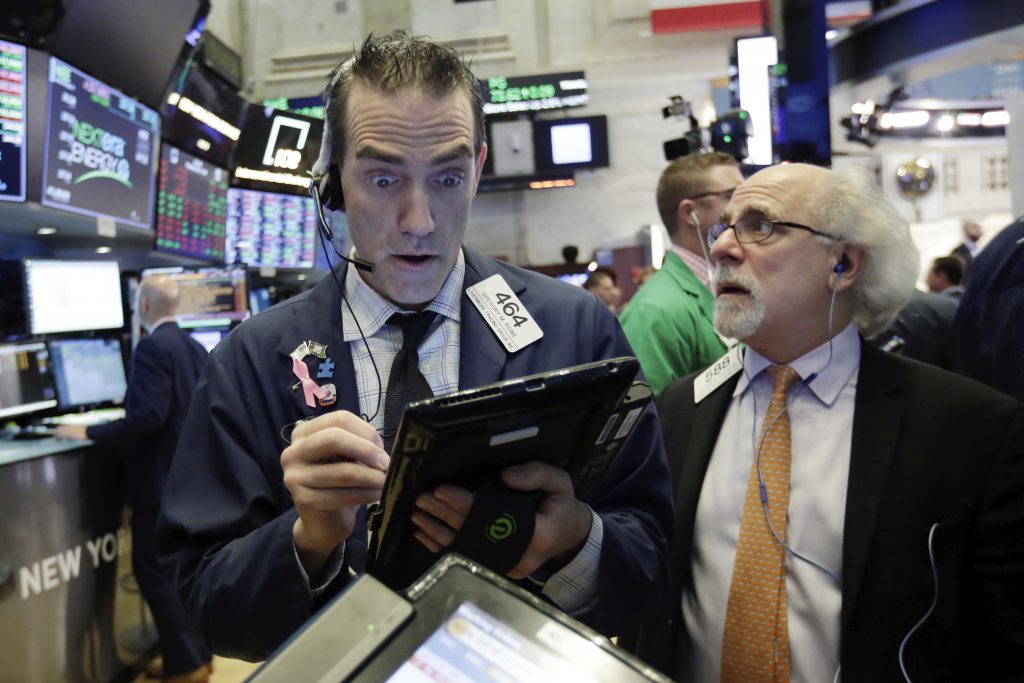 U.S. stock indexes wavered between small gains and losses Thursday afternoon. The choppy trading came as energy and industrial companies climbed, offsetting a pullback in technology stocks, utilities and other sectors. Small-company stocks were faring better than the rest of the market. The price of crude veered lower after an early rally.

SLICK DEAL: Williams Partners jumped 7 percent to $41.12 after it agreed to be acquired by oil pipeline company Williams Cos. in an all-stock deal they valued at $10.5 billion.

BEEFING UP: Kroger rose 2.5 percent to $25.58, after the supermarket operator said it’s increasing its investment in the British online grocer Ocado, as it fends off Amazon.com and other online threats to traditional grocers. The subscription rights agreement will give Kroger access to Ocado’s online ordering, automated fulfillment and home delivery technology in the U.S.

SWITCH OFF: Cisco slid 3.7 percent to $43.51 after the seller of routers and switches, and after software’s latest quarterly results disappointed investors. The slide in Cisco helped pull technology-sector stocks lower.

WORRISOME OUTLOOK: J.C. Penney sank 12.1 percent to $2.70 after the struggling department store chain said it might take a loss in 2018, as it cut its annual forecast.

BURGER BLAHS: Shares in Jack in the Box lost 7.3 percent to $84.74, after the burger chain reported disappointing results in its fiscal second quarter.

NOT WELL: Wells Fargo fell 1.5 percent to $54.22, after the Wall Street Journal reported that some employees in its business banking division improperly altered information on documents related to corporate customers.

REQUEST DENIED: Shares in CBS slid 4.8 percent to $51.24, after a Delaware judge refused Thursday to grant the company a restraining order against its majority shareholder. CBS had sought to prevent Shari Redstone’s National Amusements from thwarting a board vote scheduled for later Thursday, on a dividend that would dilute National Amusements’ voting power, effectively giving CBS independence.