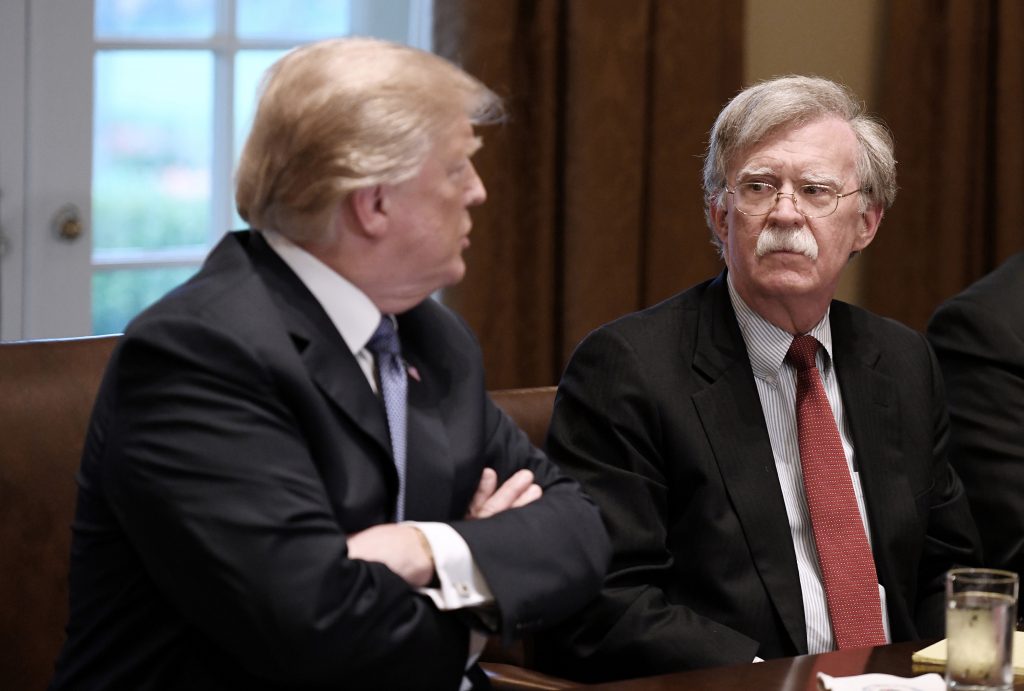 President Donald Trump distanced himself Thursday from a controversial remark made by his national security adviser, John Bolton, that figured in North Korea’s threat to cancel the summit meeting planned for June, and said preparations for the meeting were continuing.

Trump also implied that China’s President Xi Jinping may be trying to influence the North Koreans to take a harder line with the U.S., perhaps in response to U.S. pressure on trade.

Bolton recently suggested that North Korea should follow the model of Libya, which over a decade ago abandoned its effort to build nuclear weapons. The example was sure to anger North Korean officials, who know that Libya’s leader, Moammar Gadhafi, lost his job and his life a few years after he gave up his nuclear program.

Earlier this week, when the North Koreans threatened to back out of the summit between leader Kim Jong Un and Trump, they cited Bolton by name.

“The Libyan model isn’t a model that we have at all,” Trump told reporters during a photo session with the visiting secretary general of NATO. “We decimated that country.”

By contrast, if the U.S. reaches a deal with North Korea, Kim will “get protections that would be very strong,” Trump said. “He will have very adequate protection.”

“There has been a big difference since they had the second meeting,” he said.

Trump added that U.S. and North Korean diplomats continue to meet to plan for the summit.

“Nothing has changed on North Korea that we know of,” he said. “We’ll see what happens. If the meeting happens, it happens.” If not, “we’ll go on to the next step.”