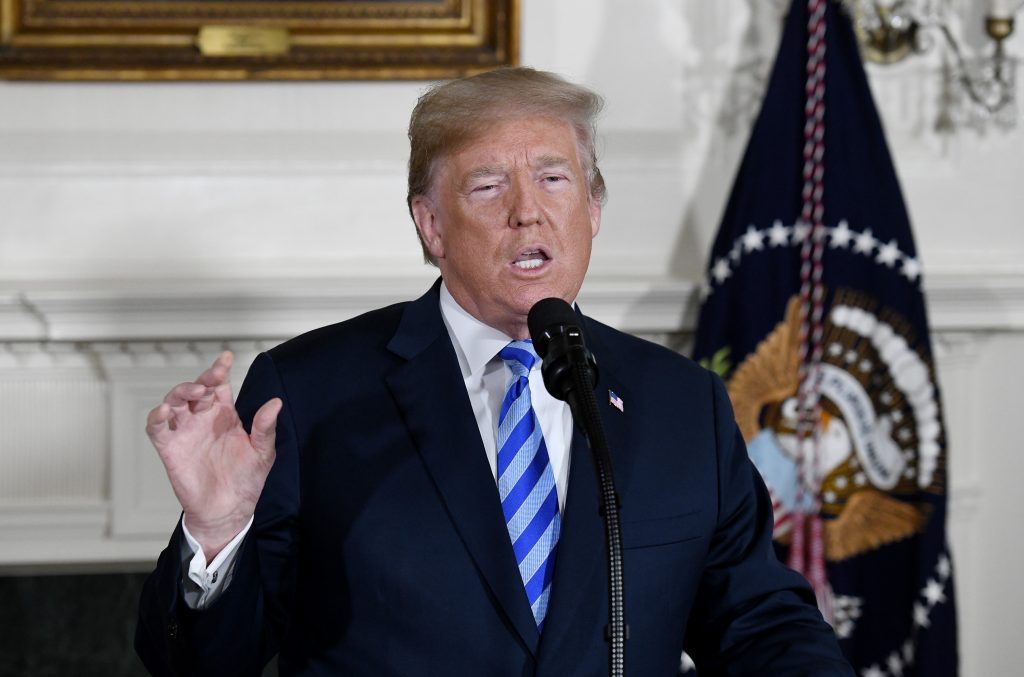 The Trump administration is ratcheting up sanctions on Iran following the president’s withdrawal from the 2015 nuclear deal.

The Treasury Department on Thursday blacklisted two individuals and five companies in the Middle East, Africa and Europe that it said were financing the Iran-backed Hezbollah terror group based in Lebanon.

The sanctions mean any assets that the persons or companies might have in the United States or in U.S. institutions will be frozen, and Americans cannot do business with the targets.

Treasury Secretary Steven T. Mnuchin identified one of the individuals as Mohammad Ibrahim Bazzi, whom he described as a financier who uses drug-trafficking deals and money laundering to help fund Hezbollah.

“This action highlights the duplicity and disgraceful conduct of Hezbollah and its Iranian backers,” Mnuchin said. “This administration will expose and disrupt Hezbollah and Iranian terror networks at every turn.”

This was the administration’s third punitive action this week against Iran or entities associated with the country, including the blacklisting Tuesday of Valiollah Seif, governor of the Central Bank of Iran.

In that case, non-Americans around the world as well as Americans were barred from doing business with him through a mechanism known as secondary sanctions.

The sanctions come in the wake of Trump’s announcement May 9 that he was pulling the United States out of the nuclear deal with Iran. Trump said the accord was not sufficiently tough on Tehran and said he would reimpose a raft of economic penalties aimed at tightening pressure on Tehran.

The move estranged the Trump administration from England, France and Germany, which also signed the nuclear deal and still support it.