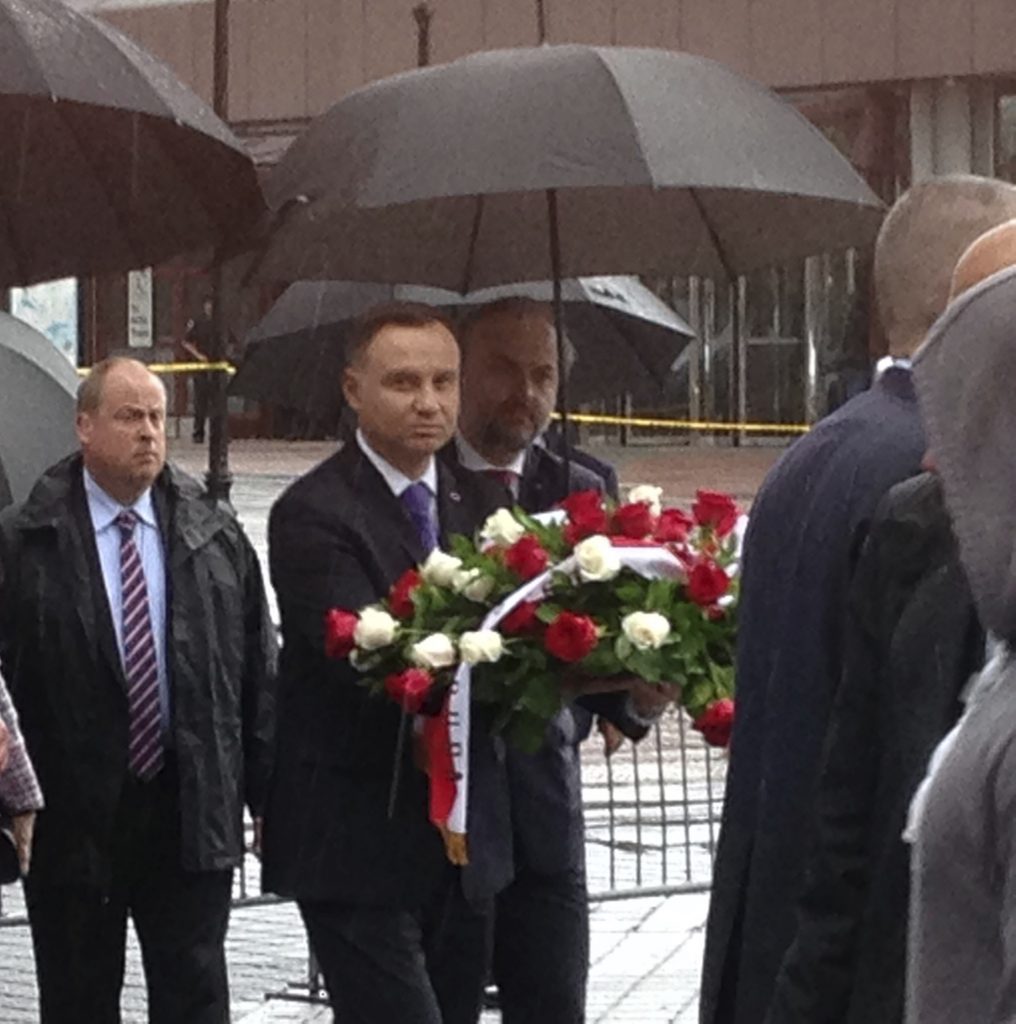 Poland’s president met Wednesday with a New Jersey mayor who stirred controversy recently by making plans to move a statue honoring Polish World War II victims, with the two men having a brief exchange the mayor described as “straightforward and spontaneous.”

President Andrzej Duda placed a wreath at the Katyn memorial, a statue next to the Hudson River depicting a soldier bound and stabbed with a bayonet, that honors the estimated 22,000 Poles massacred by Soviet troops.

Jersey City Mayor Steven Fulop’s recent announcement that he would put the statue in storage during a planned redevelopment of the waterfront plaza stirred protests from some in the local Polish community.

Several dozen people gathered near the memorial Wednesday, holding Polish flags and singing the Polish national anthem when Duda arrived to greet Fulop. Some in the crowd shouted “Shame! Shame!”

Duda gave Fulop a book in English that described the monument’s history, and reinforced the importance of the memorial to Poles.