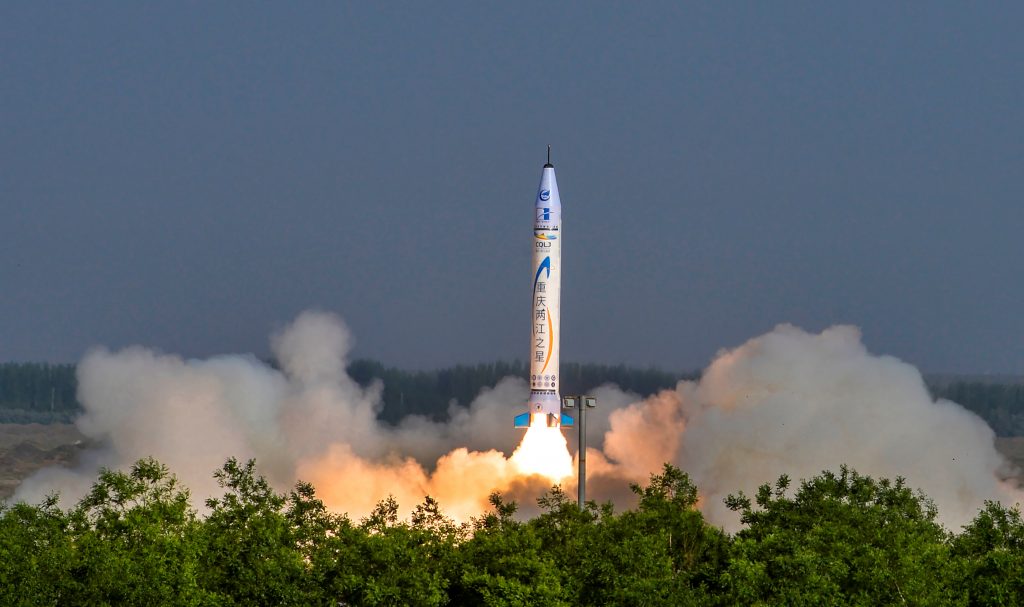 Since coming to office in 2012, Chinese President Xi Jinping has made becoming a “space flight superpower” a top priority for the Chinese government, which has a goal of sending a permanent manned space station into orbit by around 2022.

The rocket is powered by a solid fuel engine developed by OneSpace and its control systems are customizable in accordance with user demand, the company’s chairman, Ma Chao, told Xinhua.

Also known as the OS-XO, the craft can place a 100-kilogram load into orbit 800 kilometers from the earth, according to state media.

The rocket uses energy-saving technology, such as wireless communications instead of wired internet, that by cutting weight has helped lower fuel costs by about 30 percent, Xinhua said.

Founded in 2015, OneSpace is the result of a government effort to foster China’s commercial space flight and encourage private participation in the sector, according to state media.

“I hope we can become one of the biggest small-satellite launchers in the world,” Shu said.

Last year, the company signed a deal with the state-run Chongqing Liangjiang Aviation Industry Investment Group to build a joint research and manufacturing base in the southwestern city of Chongqing.

The base’s strategic location as part of China’s Belt and Road initiative, a key foreign policy initiative by Xi that aims to develop trade links between China and Eurasia, will provide a large export market for OneSpace, Shu told the China Daily.

“We will develop bigger rockets in the future and participate in the global competition,” Shu said.