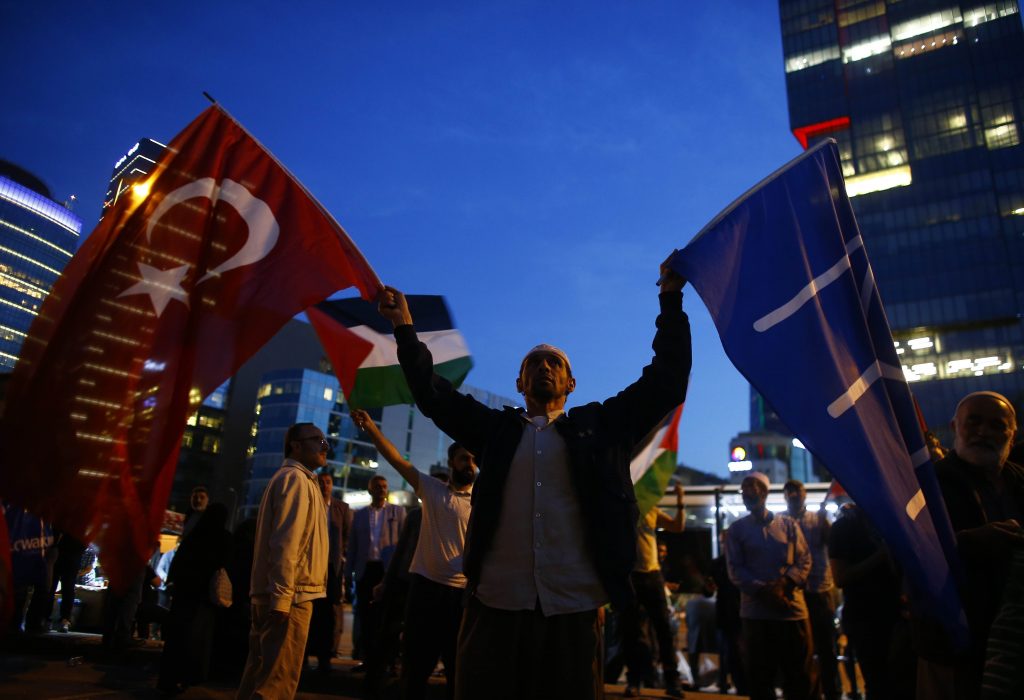 The Turkish Foreign Ministry has told Israel’s consul general in Istanbul to return to Israel “for some time,” state-run Anadolu news agency said on Wednesday.

This comes a day after Turkey told Israel’s ambassador to leave the country after Israeli security forces killed 60 Palestinian rioters during protests on the Gaza border against the opening of the U.S. Embassy in Yerushalayim.

On Tuesday, the Ministry made a similar call to Israel’s ambassador to the capital Ankara.

Turkey has been one of the most vocal critics of Israel’s response to the Gaza riots and of the U.S. Embassy move, recalling its ambassadors from Tel Aviv and Washington and calling for an emergency meeting of Islamic nations on Friday.

“The Israeli ambassador was told that our envoy to Israel was called back for consultations, and was informed that it would be appropriate for him to go back to his country for some time,” a Turkish Foreign Ministry source said Tuesday.

Hours later Israel’s Foreign Ministry said the Turkish consul general in Yerushalayim had been summoned and told to return to Turkey “for consultations for a period of time.”

The dispute appears to mark the worst diplomatic crisis between the two countries since Israeli marines stormed an aid ship that sought to breach a naval blockade of Gaza in 2010, killing 10 Turkish provocateurs and prompting a downgrade in diplomatic ties that lasted until 2016.

Prime Minister Binyamin Netanyahu said on Twitter Tuesday that Erdogan was in no position to “preach morality to us” because he supported the Palestinian Islamist movement Hamas which rules Gaza. “There is no doubt he well understands terrorism and slaughter,” Netanyahu tweeted.

There have been demonstrations against Israel in Istanbul and in the capital Ankara. Erdogan, who is campaigning for presidential and parliamentary elections next month, said a rally will be held on Friday to protest the killings.

Relations between Ankara and Washington, two NATO allies, have been deeply strained over the embassy move, disagreements over military deployment in north Syria, and court cases against Turkish and U.S. nationals in each country.