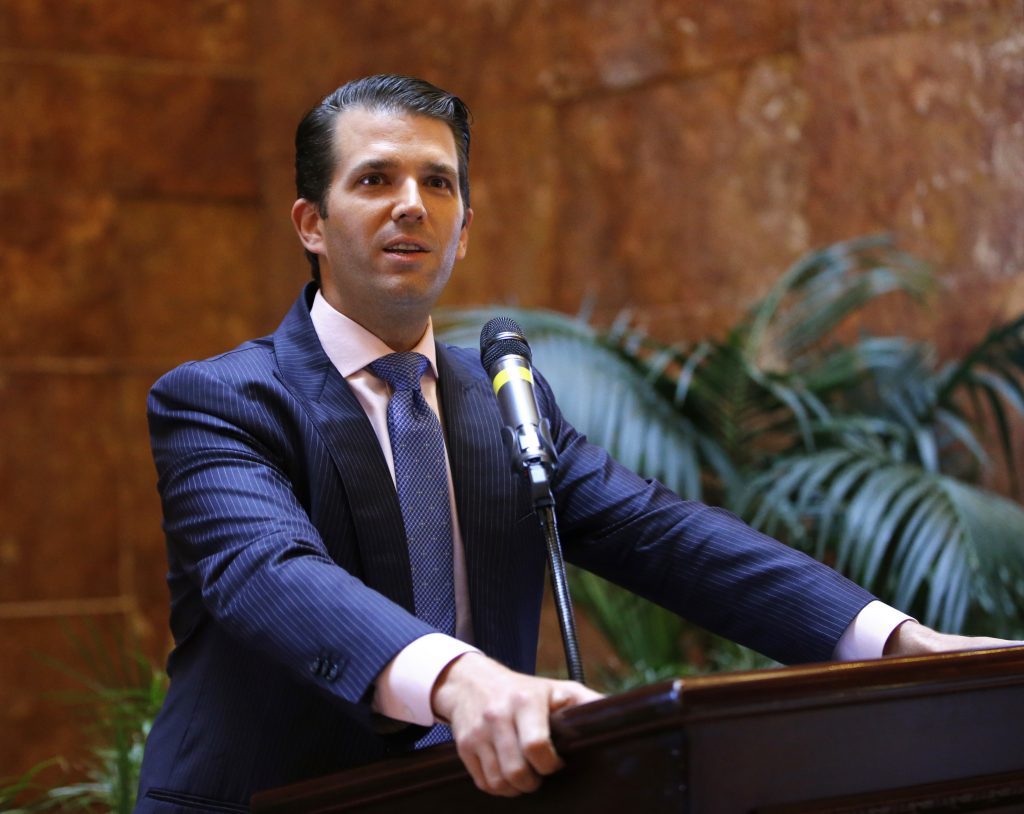 Donald Trump Jr. told the Senate Judiciary Committee that he couldn’t remember whether he had discussed the Russia investigation with his father, according to transcripts released Wednesday of his interview with the panel.

The committee released more than 1,800 pages of transcripts of interviews last year with Trump’s son and others who met with a Russian attorney at Trump Tower ahead of the 2016 election.

Trump Jr. deflected multiple questions during the interview, including whether he discussed the Russia probe with his father. He also said he didn’t think there was anything wrong with attending the Trump Tower meeting in which he was promised dirt on Hillary Clinton.

The meeting is under scrutiny in special counsel Robert Mueller’s Russia investigation.

In addition to Trump Jr., the committee interviewed four other people who attended the Trump Tower meeting in New York — publicist Rob Goldstone, who set up the meeting with the promise of dirt on Clinton; Rinat Akhmetshin, a prominent Russian-American lobbyist; Ike Kaveladze, a business associate of a Moscow-based developer, and a translator.

The committee did not interview Natalia Veselnitskaya, the Russian lawyer at the center of the meeting. But the panel released her written responses to a letter that Senate Judiciary Chairman Chuck Grassley, R-Iowa, sent her last year.

The panel was also not able to interview Jared Kushner, Trump’s son-in-law, or Paul Manafort, Trump’s former campaign manager, even though both attended the Trump Tower meeting. But the committee released a short page of notes Manafort took on his phone during the meeting.

The special counsel is investigating the Russian meddling, whether Trump’s campaign was involved and possible obstruction of justice. The Trump Tower meeting, and the administration’s initial response to reports of it, has been one focus of the probe.

The White House has said the president was involved in drafting an initial statement after news of the meeting broke last year. The statement said the meeting primarily concerned a Russian adoption program, though Trump Jr. later released the emails showing he agreed to the sit-down after he was promised information on Clinton. The emails also show he accepted the meeting despite it being described as part of a Russian government effort to aid his father’s campaign.

Asked in the interview if his father was involved in drafting the statement, Trump said: “I don’t know. I never spoke to my father about it.”

The transcripts provide a timeline of the days leading up to the meeting as well as personal misgivings about the appropriateness of a Russian lawyer meeting with a U.S. presidential campaign.