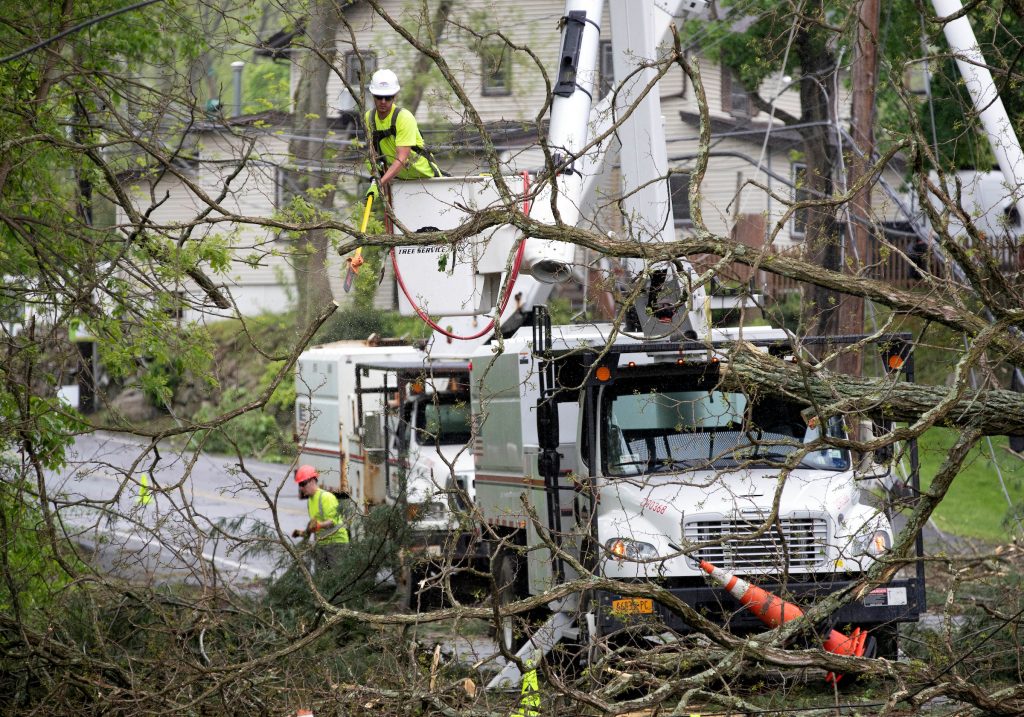 Residents in the Northeast cleaned up Wednesday, a day after powerful storms pounded the region with torrential rain and marble-sized hail, leaving at least four people dead and more than 200,000 homes and businesses without power.

Connecticut officials said two people in New Fairfield and Danbury were killed Tuesday in separate accidents when trees fell on their trucks, including a woman whose 3-year-old child escaped injury. In New York, falling trees in Newburgh claimed the lives of an 11-year-old girl in a parked car and a woman who was driving.

More than 157,000 utility customers in New York were without power midday Wednesday.

In Connecticut, the state’s two major utilities reported 88,500 customers without electricity Wednesday afternoon, down from a high of 120,000 outages. Gov. Dannel Malloy said damage was being assessed across the state for possible disaster declarations, with the most hard-hit areas being in southwestern Connecticut.

“There is a tremendous amount of damage,” he said. “I think there are going to be a lot of people without power for days.”

The National Weather Service said that the strong thunderstorms created a small weather-generated tsunami off the New Jersey coast. Known as a meteotsnunami, it resulted in fluctuating water levels for several hours. But there were no reports of damage from the abnormally high tides reported in areas from Perth Amboy in New Jersey to Delaware’s Fenwick Island.

Roads in many towns were impassible; and some schools canceled classes on Wednesday due to the damage.

Airlines also canceled and delayed flights in and out of the region.

In New York City on Tuesday evening, thousands of commuters were stranded in Grand Central Terminal, after rail lines were temporarily suspended due to downed trees on the tracks. Concourses were packed with passengers waiting for service to resume.