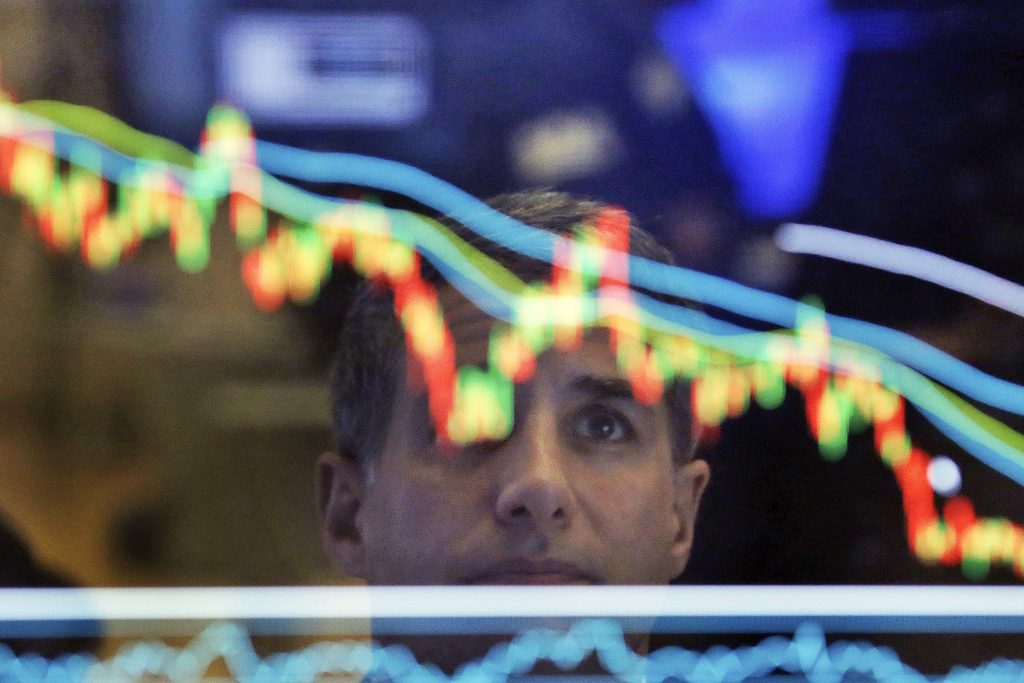 Wall Street slipped on Tuesday, after retail sales data pointed to a steady rise in inflation, reviving fears of faster interest rate hikes; while a lack of progress in U.S.-China trade talks continued to weigh on the market.

After the data, which supports economists’ expectations that the Federal Reserve will raise interest rates next month, the yield on the benchmark U.S. 10-year Treasury note surged to a seven-year high of 3.0740 percent.

U.S. retail sales rose moderately in April, as rising gasoline prices cut into discretionary spending; but the gain in core retails sales was stronger, indicating consumer spending was on track to accelerate after slowing sharply in the first quarter.

“You had good retail sales number this morning, which was further confirmation that first-quarter economic facts were overstated, and that economic momentum in the second quarter remains strong,” said Brent Schutte, chief investment strategist at Northwestern Mutual Wealth Management Co in Milwaukee, Wisconsin.

“The reason why equity market is falling today is because we are once again pondering if the strength of the U.S. economy is enough to make the Fed raise faster in the future.”

The United States and China are still “very far apart” on resolving trade frictions, U.S. Ambassador to China Terry Branstad said, as a second round of high-level talks were set to begin in Washington.

The losses were broad-based, with ten of the 11 major S&P sectors in the red. Only the S&P financial sector was higher, by a marginal 0.02 percent, helped by higher yields.

The KBW bank index was up a stronger 0.55 percent.

While consumer stocks overall were lower, shares of retailers including J. C. Penney, Target and Macy’s rose between 1.6 percent to 3.9 percent.

Smaller rival Lowe’s was down 0.7 percent.