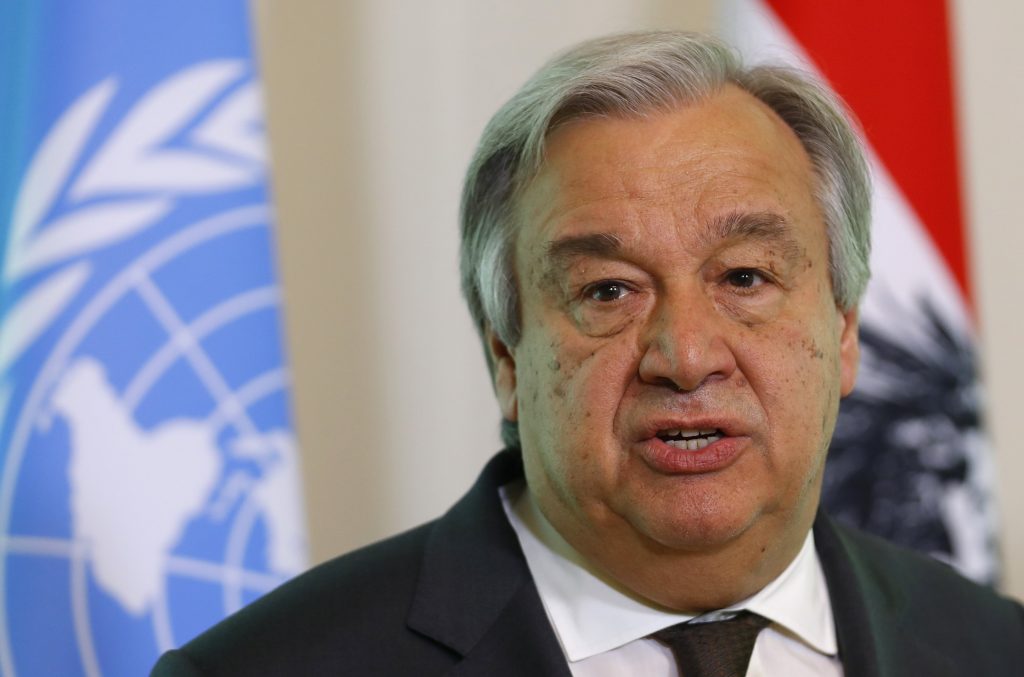 The U.N. Security Council met Tuesday to discuss violence along the border between Israel and the Gaza Strip, beginning with a moment of silence for the more than 50 Palestinians killed by Israeli forces in the bloodiest day there since a 2014 war.

Poland’s ambassador, Joanna Wronecka, called for the gesture of remembrance in her role as current council president.

Kuwait called for the session after more than 50 Palestinians were killed and over 1,200 wounded by Israeli gunfire amid mass protests Monday. Israel said its troops were defending its border against a massive breach and accused Hamas terrorists of trying to attack under the cover of the protest.

U.S. Ambassador to the United Nations Nikki Haley praised Israel on Tuesday for showing restraint as Hamas “has been inciting violence for years, long before the United States decided to move our embassy.”

“No country in this chamber would act with more restraint than Israel has,” Haley asserted.

It was not immediately clear what might come out of the council session. No joint statement or action followed a similar meeting after protests in March, and two U.N. diplomats said members couldn’t reach unanimous agreement Monday on issuing a proposed statement circulated by Kuwait. The diplomats insisted on speaking anonymously because the discussions were supposed to be private.

The draft statement, obtained by The Associated Press, would have expressed “outrage and sorrow” at the killings, sought an “independent and transparent investigation,” and called on all sides to exercise restraint.

It also would have demanded that all countries comply with a decades-old Security Council resolution that called on them not to have embassies in contested Yerushalayim. The United States inaugurated its embassy there Monday.

The U.S. vetoed a Security Council resolution in December that would have required President Donald Trump to rescind his declaration of Yerushalayim as Israel’s capital.

Israeli Ambassador Danny Danon said the council needed to speak out against Hamas.

“Every casualty on the border is a victim of Hamas’ war crimes, every death is a result of Hamas’ terror activity, and these casualties are solely Hamas’ responsibility,” Danon said in a statement.

U.N. Secretary-General Antonio Guterres issued a tweet Tuesday saying, “I am profoundly alarmed and concerned by the sharp escalation of violence and the number of Palestinians killed and injured in the Gaza protests. It is imperative that everyone shows the utmost restraint to avoid further loss of life.”