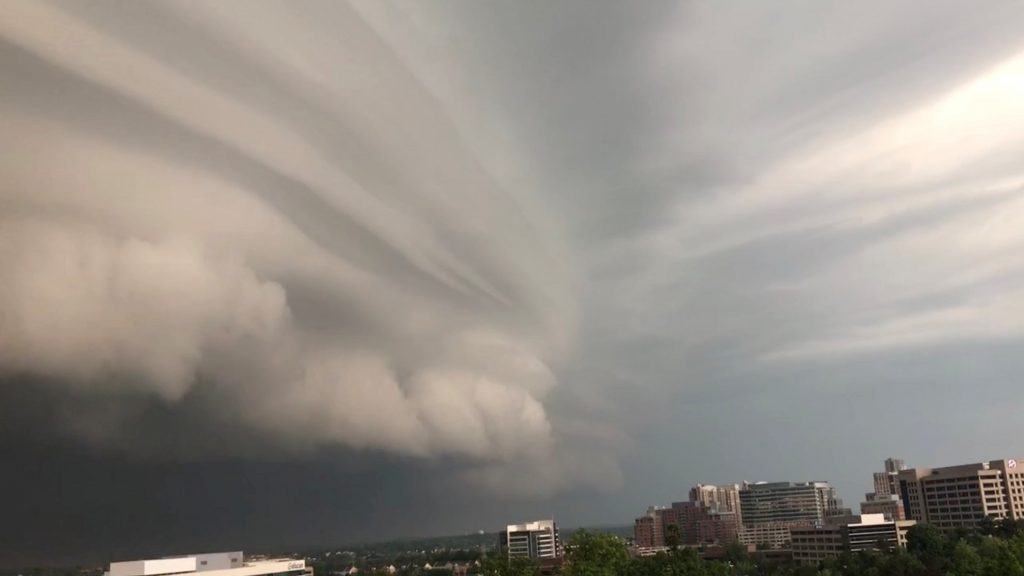 The National Weather Service issued a severe thunderstorm warning from Maryland to New Hampshire. There were nearly 50 reports of hail in states including Ohio, Pennsylvania, New York and Connecticut, it said.

A tornado was spotted in Sullivan, in northern New York, but there were no reports of damage, it said. Parts of Connecticut were placed under a tornado warning on Tuesday night.

Nearly 600,000 customers in New York, New Jersey, Connecticut, Pennsylvania and Virginia were without power as of the late afternoon on Tuesday, tracking service PowerOutage.us said.

At Grand Central Station in New York, Hudson, Harlem and New Haven Line service was suspended due to the storms, the station’s Twitter feed said.

“I got off the subway at about 5:15, and there were hordes of people,” said Jackie Berman, who was attempting to get home to Chappaqua, New York, from Grand Central. “It’s a mess.”

Nearly 400 flights were canceled at airports serving the New York area as of 6 p.m. EDT, according to tracking service FlightAware.com.

“The greatest threat for any flash flooding or severe weather will be across southern New England and the northern Mid-Atlantic states Tuesday evening,” the National Weather Service said.