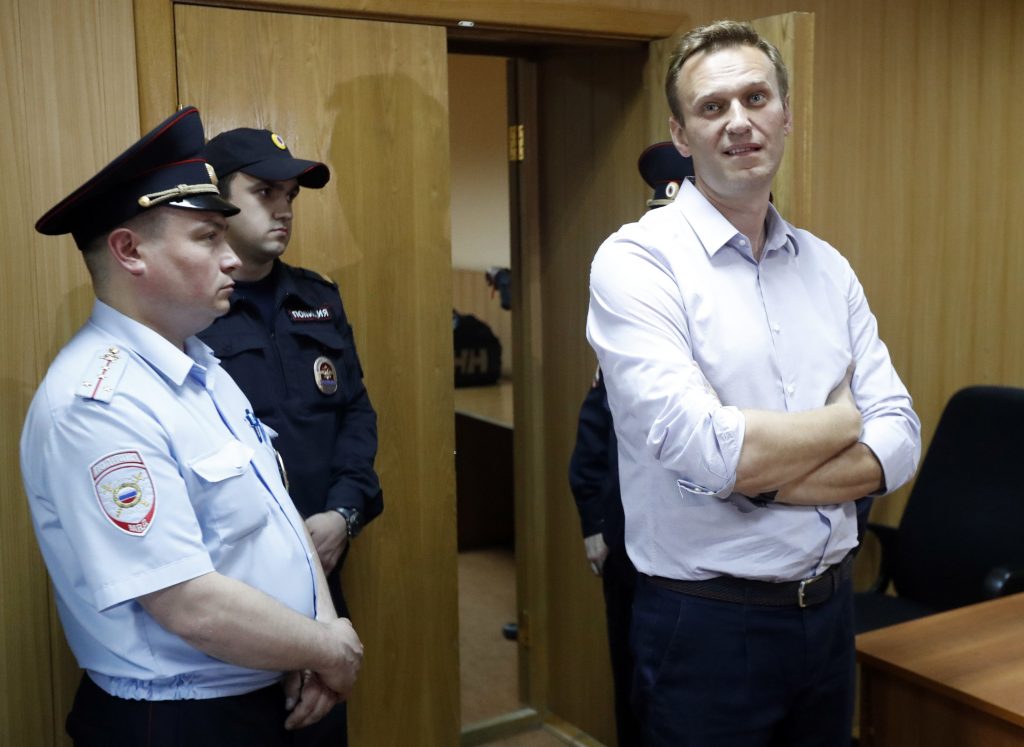 Russian opposition leader Alexei Navalny was sentenced Tuesday to 30 days in jail for staging an unsanctioned protest in Moscow.

Navalny organized a series of protests on May 5 in the Russian capital and other cities before President Vladimir Putin’s inauguration for a new term. Demonstrations under the slogan “He is not our czar” took place throughout the country.

Moscow’s Tverskoy District Court convicted Navalny on charges of organizing an unauthorized rally and ordered him jailed for 30 days. Navalny argued that the authorities’ refusal to allow the protest was illegal and called the accusations against him “ridiculous and unlawful.”

Navalny also faces charges of disobeying police, an offense that carries a sentence of up to 15 days.

The anti-corruption campaigner, who has become Putin’s most visible political foe, already has served several week-slong jail terms for organizing other protests.