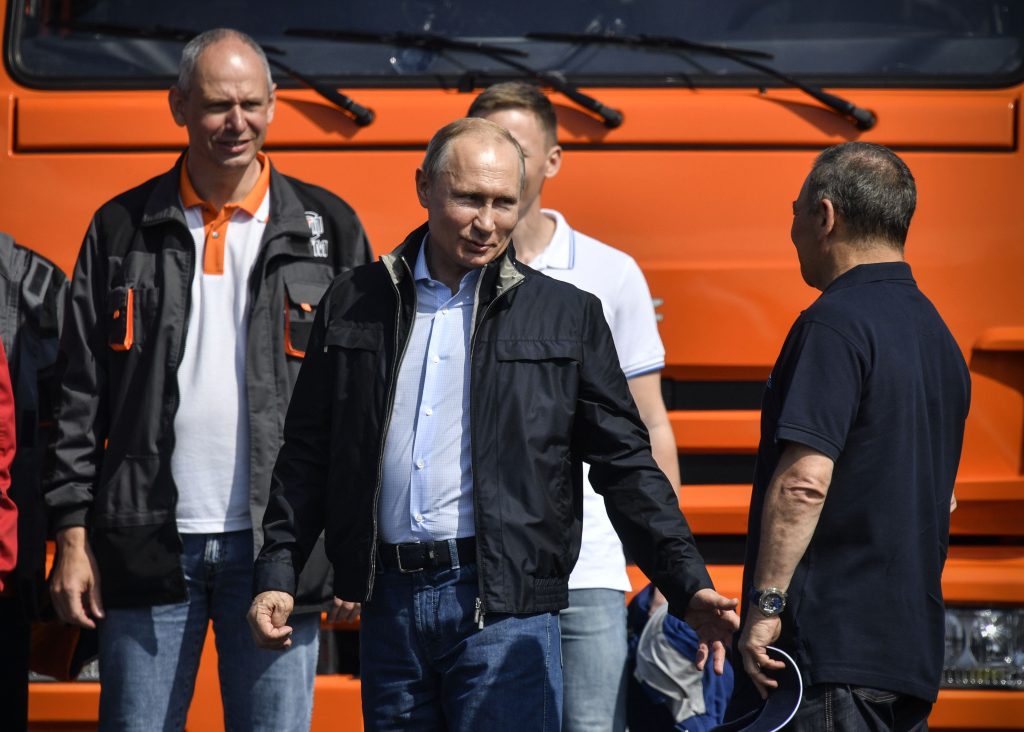 Russian President Vladimir Putin has driven a large construction truck to open the much-anticipated bridge linking southern Russia and the Crimean Peninsula that Russia annexed from Ukraine in 2014.

The 11.8-mile bridge that cost $3.6 billion is Putin’s project to show that Crimea has joined Russia for good. Transport links to Crimea deteriorated after trains crossing the Ukrainian mainland were canceled and both the Ukrainian and Russian military set up checkpoints crossing into Crimea.

Putin traveled Tuesday to southern Russia to inspect the construction site and jumped into an orange Kamaz truck along with two engineers to drive over the bridge, leading several dozen trucks.

Putin annexed Crimea in March 2014 following a hastily called local vote. The European Union and the U.S. hit Russia with sanctions for the move.