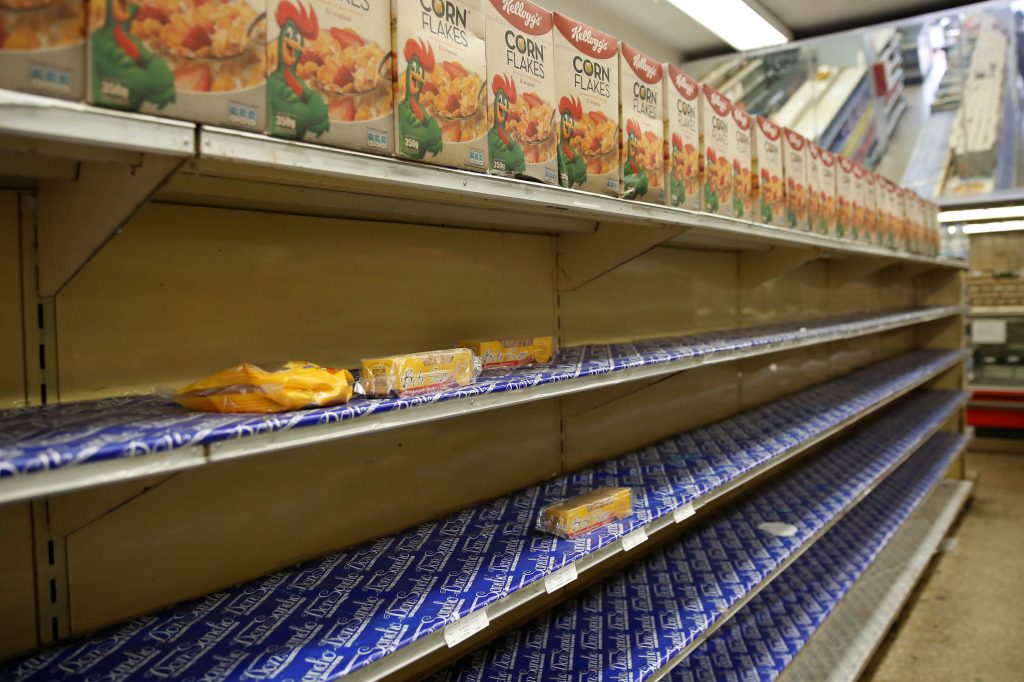 Venezuelan President Nicolas Maduro blasted U.S.-based cereal maker Kellogg Co on Tuesday for pulling out of the country due to the economic crisis and vowed to hand over the company’s factory to workers.

At a campaign rally ahead of Sunday’s presidential election, which Pres. Maduro is expected to win, the president called Kellogg’s move illegal and told cheering supporters that Venezuelans’ favorite cereal would continue to be produced.

“We’ve begun judicial proceedings against the business leaders of Kellogg’s because their exit is unconstitutional,” Pres. Maduro said.

“I’ve taken the decision to deliver the company to the workers in order that they can continue producing for the people.”

Kellogg announced its retreat earlier on Tuesday, making it the latest multinational to exit the oil-rich country, which is heaving under hyperinflation and strict price controls.

“In December of 2016, Kellogg deconsolidated its Venezuela business from the company’s results. The current economic and social deterioration in the country has now prompted the company to discontinue operations,” Kellogg said in a statement.

Kellogg did not specify the difficulties it was facing in Venezuela, but companies have typically been struggling to find raw materials due to product shortages and currency controls that crimp imports.

Kellogg did not immediately respond to a request for comment on Pres. Maduro’s plans to hand its local unit over to workers.

The company in its statement warned against sales of its products or brands in Venezuela “without the expressed authorization of the Kellogg Company,” adding that it would like to return to Venezuela in the future.

The closure is not expected to significantly worsen food shortages in Venezuela, but it was a further blow to morale for many Venezuelans as Kellogg’s is the most popular and available cereal in the country.

Stunned workers were barred from entering Kellogg’s plant in the central city of Maracay and massed outside, seeking information, local business sources said.

Other multinational companies that have given up on the OPEC country, abandoning assets or selling them cheap, include Clorox , Kimberly-Clark, General Mills, General Motors and Harvest Natural Resources.

Venezuelans are struggling under quintuple-digit annual inflation and millions suffer food and medicine shortages. Even so, Pres. Maduro is expected to win re-election on Sunday in a vote the main opposition coalition says is a sham.

Pres. Maduro blames Venezuela’s crisis on an “economic war” he says is waged by Washington, greedy businessmen and coup mongers.