Op-Ed Opinion Collusion Is Usually a BAD Word. So Where’s The Outrage Over Kerry’s Secret Meetings On The Iran Deal?
Op-EdOp-Ed Opinion 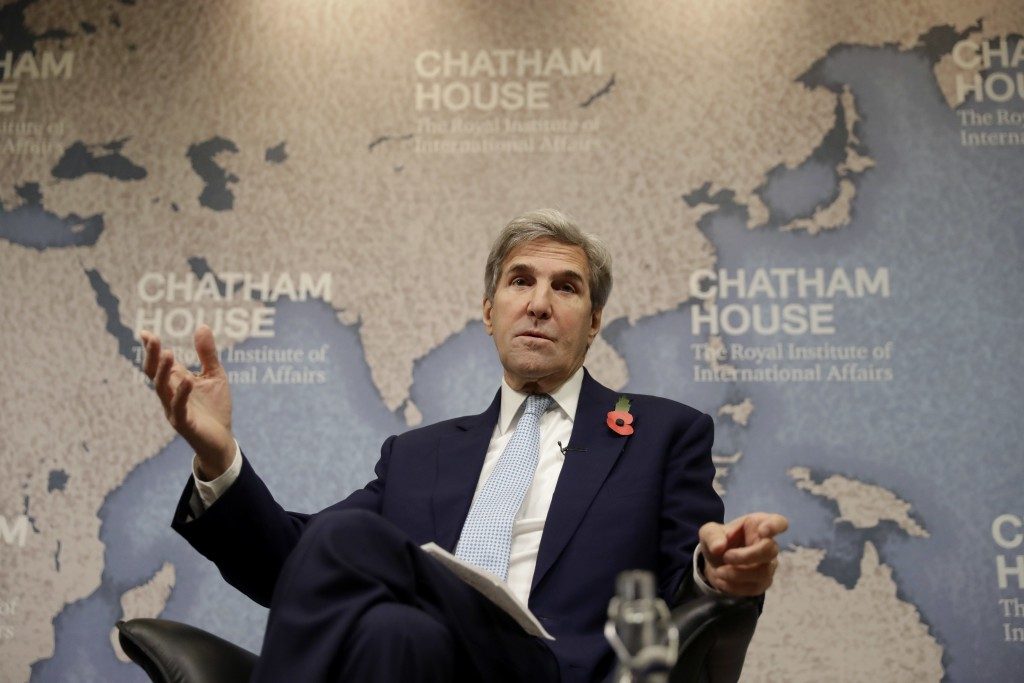 Democrats routinely express outrage over claims of collusion with a foreign power to undermine our democracy. So where is the outrage over revelations that former Secretary of State John Kerry held not one but two secret meetings with Iran’s foreign minister to strategize over how to undermine President Trump’s plans to withdraw from the Iran nuclear deal?

An Iranian Foreign Ministry spokesman confirmed the meetings after the Boston Globe broke the news, declaring, “We don’t see the U.S. just as Mr. Trump; the United States is not just the current ruling administration.” Think about what this means. Iran is a terrorist state responsible for the deaths of hundreds of Americans in Iraq, whose leaders hold rallies where thousands chant “Death to America!” Kerry was working with a sworn enemy of the United States to try to undermine the foreign policy of the elected president of the United States.

I thought we didn’t like Americans who colluded with our enemies.

Kerry’s meetings with Iran’s leaders were not isolated incidents, but part of a formal lobbying campaign that included phone calls with European Union leaders and meetings with the presidents of Germany and France in which, the Globe reports, he discussed “the details of sanctions and regional nuclear threats in both French and English.”

Although what Kerry did was probably not illegal, it was deeply hypocritical. Recall that in 2015, when Sen. Tom Cotton (R-Ark.) and 46 other Republicans wrote to Iran’s leaders informing them of the Senate’s constitutional role in approving international agreements, Kerry was incensed. “My reaction to the letter was utter disbelief,” he said at the time. “To write leaders in the middle of a negotiation … is quite stunning … [and] ignores more than two centuries of precedent in the conduct of American foreign policy,” Kerry said, adding that he would never have interfered in that way “no matter what the issue and no matter who was president.” What a difference three years make.

Cotton is a sitting United States senator. The Senate has a constitutional role in foreign policy. Kerry is a private citizen.

He has a constitutional role in nothing.

Kerry’s defenders compare him to Henry Kissinger and other former secretaries of state who regularly meet with world leaders.

“Secretary Kerry stays in touch with his former counterparts around the world, just like every previous Secretary of State,” a Kerry spokesman said. But Kissinger does not conduct rogue diplomacy. When he meets with foreign leaders, he usually coordinates with the White House, often carrying messages for the president, and then briefs administration officials afterward. Kerry did none of this.

This is not the first time Kerry has interfered in U.S. diplomacy as a private citizen. In 1970, he flew to Paris and met with the North Vietnamese while they were in the midst of negotiating the Paris Peace accords with Kissinger. Kerry admitted then that his actions were “on the borderline of private individuals negotiating.” What he did last month was not on the borderline.

Kerry would not have had to resort to rogue diplomacy if he had negotiated a better deal. The agreement he struck could not even muster the support of a simple majority in the Senate, much less the two-thirds majority needed to ratify a treaty. As Sen. Ben Sasse (R-Neb.) correctly points out, the Obama administration “made a bad deal with Iran without support from Congress. … American foreign policy makes lasting progress when it is led by the President, approved by Congress, and presented honestly to the American people.” Kerry has no one to blame but himself for Mr. Trump’s decision to withdraw. And he certainly has no business colluding with America’s enemies against America’s president.