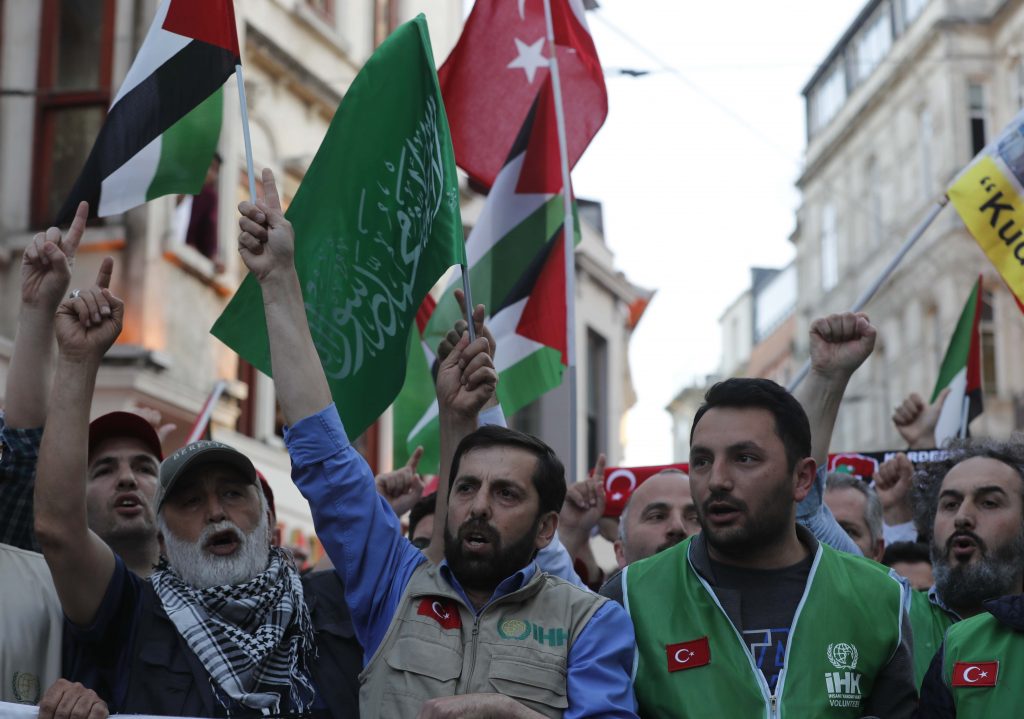 Turkey became the second country to make a formal diplomatic protest over the violent clashes on the Israel-Gaza border, recalling its ambassadors both to Israel and the United States, according to media reports.

In what was arguably the most extreme statement of the day on Monday, the state-run Anadolu agency quoted President Recep Tayyip Erdogan as saying that “What Israel is doing is a genocide … “Israel is a terrorist state.”

Deputy Prime Minister Bekir Bozdag also declared three days of mourning over the 55 Palestinians the Hamas-run health ministry in Gaza said were killed in the riots.

Israeli Foreign Ministry spokesman Emmanuel Nahshon said that Yerushalayim had not received any notice from Ankara, but was aware of the reports.

Turkey’s announcement came after South Africa announced the recall of its ambassador to Israel earlier in the day to protest the Gaza deaths.

Turkey also called for an emergency meeting of the Organization of Islamic Cooperation (OIC) on Friday, Bozdag said.