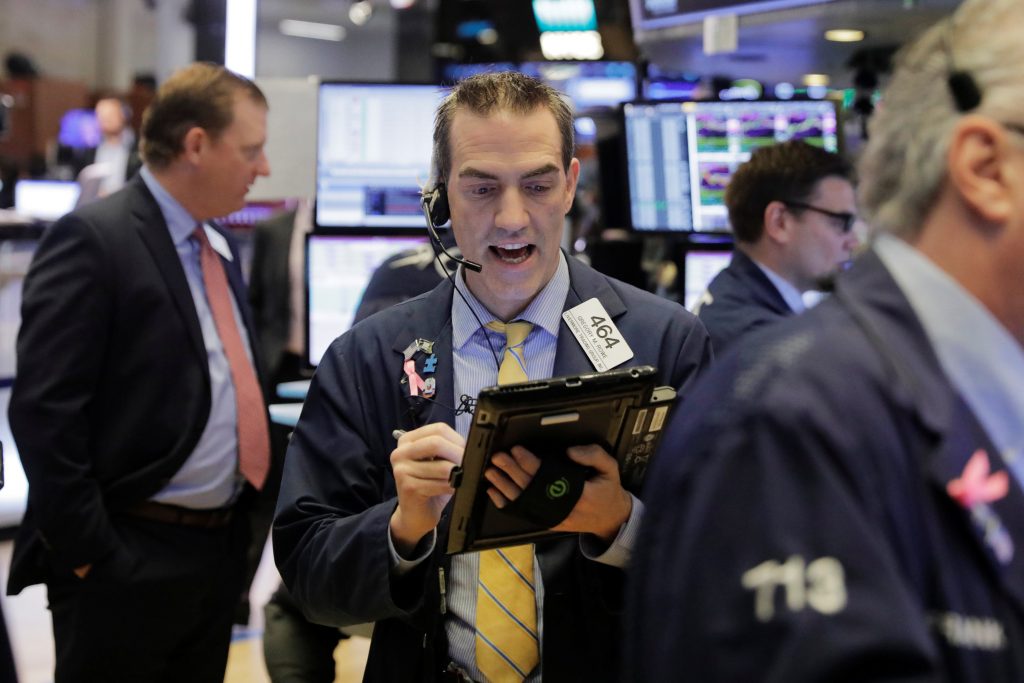 U.S. stocks moved higher in midday trading Monday as investors hoped for reduced trade tensions between the U.S. and China. President Donald Trump tweeted over the weekend that the U.S. could ease sanctions on Chinese telecommunications company ZTE. That sent shares in U.S. companies that could benefit from such a move higher.

U.S.-CHINA TRADE: Pres. Trump softened his tone on U.S.-China trade over the weekend, tweeting on Sunday that he would help ZTE get “back into business” despite U.S. sanctions, saying too many jobs in China are at stake after the U.S. government cut off access to its American suppliers. ZTE’s Hong Kong-traded shares have been suspended since U.S. authorities banned it last month for seven years from importing U.S. components in a case involving illegal exports to North Korea and Iran. China’s foreign ministry responded by saying it “highly commended” the move, ahead of trade talks in Washington this week.

U.S. companies that would stand to benefit from an effort to rescue ZTE moved higher. Acacia Communications jumped 10.5 percent to $34.82, while Oclaro gained 5.7 percent to $9.05.

WAITING ON CHINA: Qualcomm and NXP Semiconductors got a boost as investors hope that Chinese regulators will reverse their stance and approve Qualcomm’s proposed $44 billion acquisition of NXP. China is the final major government withholding approval of the deal. But Bloomberg News reported that Chinese regulators are reviewing the deal again.

UP WITH TECH: The market got a boost from a pickup in technology sector stocks. Symantec jumped 9.6 percent to $21.39.

TUNED OUT: Viacom fell 6.1 percent to $28.39 after CBS sued its controlling shareholder, seeking to block efforts to make the company combine with Viacom. CBS shares rose 3.4 percent to $54.33.

BET ON THIS: Casino operators and equipment makers surged after the Supreme Court struck down a federal law that barred gambling on sporting events in most states. The ruling gives states the go-ahead to legalize sports betting. Penn National Gaming rose 4.3 percent to $33.62, while Empire Resorts jumped 14.7 percent to $22.32. Scientific Gaming, which makes casino and interactive games as well as lottery games, vaulted 11.8 percent to $59.65.

NO DEAL: Xerox slid 7.3 percent to $27.97 after the copier maker ended merger talks with Fujifilm and resolved a dispute with investors Carl Icahn and Darwin Deason.