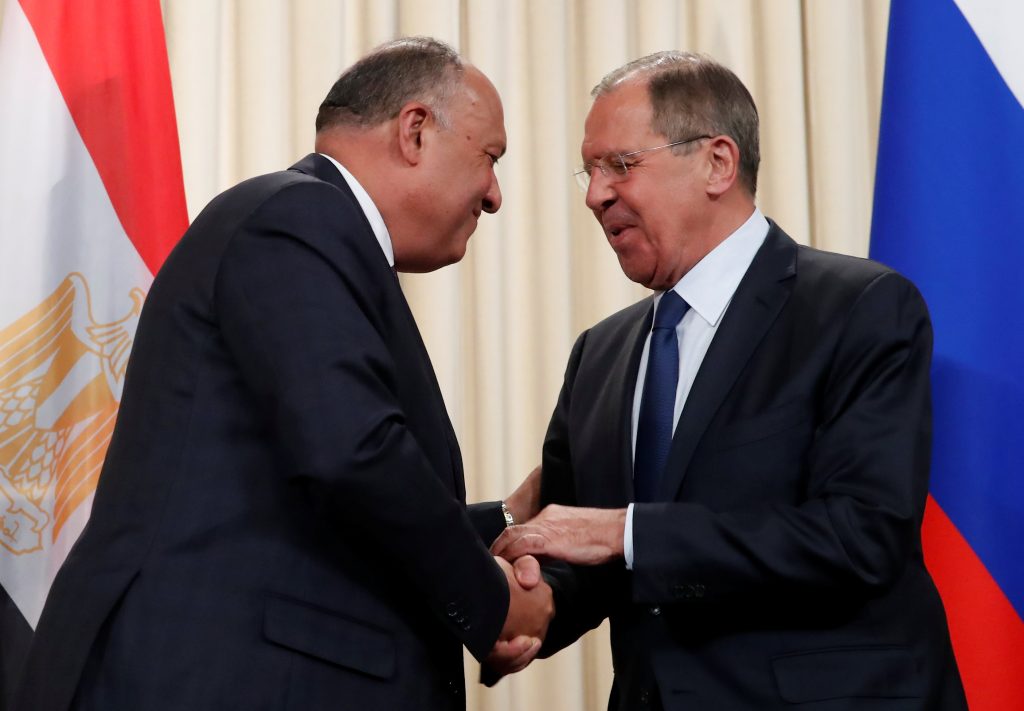 Sergey Lavrov, speaking after Monday’s talks with his Egyptian counterpart Sameh Shoukry, said that joint work on enhancing security had helped Egypt and Russia resume direct flights between Moscow and Cairo last month. The flights were suspended after a 2015 bombing that brought down a Russian passenger plane over the Sinai Peninsula.

Lavrov said the current level of security cooperation provides a “good foundation for future restoration of Russian flights to Sharm el-Sheikh and Hurghada.”

The suspension of flights has decimated Egypt’s tourism industry, as the country relies heavily on the influx of Russian tourists.

The ministers also discussed further expansion of industrial and military ties between Russia and Egypt.