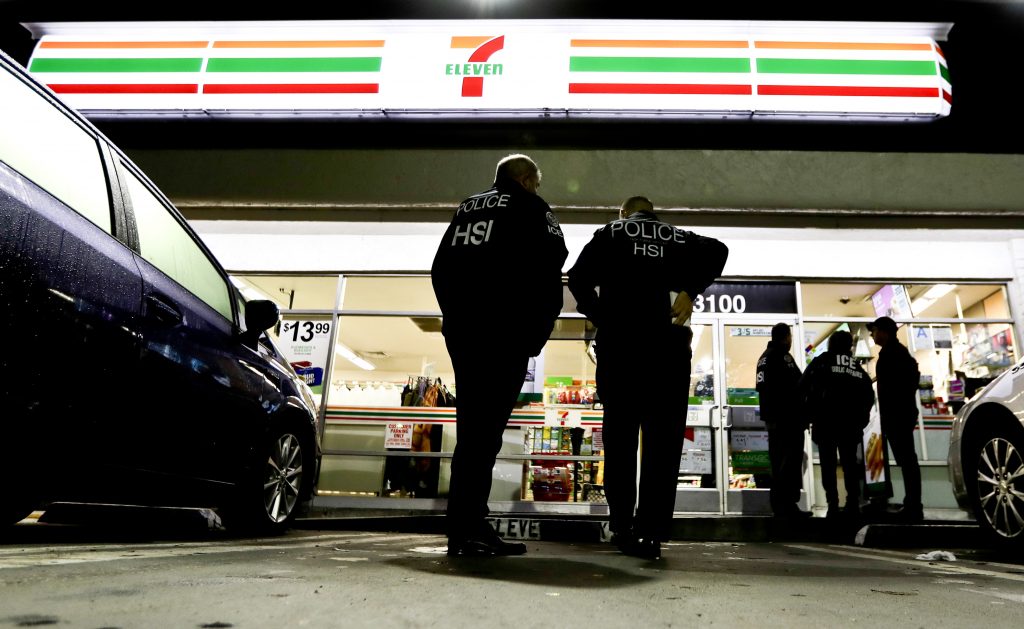 Immigration officials have sharply increased audits of companies to verify that their employees are authorized to work in the country, signaling that the Trump administration’s crackdown on illegal immigration is reaching deeper into the workplace to create a “culture of compliance” among employers who rely on immigrant labor.

Under a 1986 federal law, companies must verify their employees are authorized to work in the United States, by reviewing their documents and verifying to the government the employees’ identity and work authorization. If employers are found to hire someone without proper documents, the employers may be subject to administrative fines and, in some cases, criminal prosecution.

The recent focus on employers comes after a surge of deportation arrests of workers that started immediately after Trump took office in January 2017. The crackdown is likely to please immigration hawks among Trump’s supporters, but may alienate industries and companies that rely on immigrant labor.

There were 2,282 employer audits opened between Oct. 1 and May 4, U.S. Immigration and Customs Enforcement said Monday — Nearly a 60 percent jump from the 1,360 audits opened between October 2016 and September 2017. Many of those reviews were launched following the January ICE audits and employee interviews at about 100 7-Eleven franchises in 17 states.

Derek Benner, head of ICE’s Homeland Security Investigations unit, told The Associated Press that another nationwide wave of audits planned this summer would push the total “well over” 5,000 by Sept 30. ICE audits peaked at 3,127 in 2013.

The agency has developed a plan to open as many as 15,000 audits a year, subject to funding and support for the plan from other areas of the administration, Benner said.

The proposal calls for creation of an Employer Compliance Inspection Center to perform employer audits at a single location instead of at regional offices around the country, Benner said. Electronically scanning the documents will help flag suspicious activity, and the most egregious cases will be farmed out to regional offices for more investigation. Audit notices will be served electronically or by certified mail, instead of in person.

Benner said that putting up to 250 auditors in one center with the right technology and a team of attorneys to quickly levy fines would enable his agency to audit between 10,000 and 15,000 companies annually.

The proposal aims to create a “reasonable expectation” among employers that they will be audited, Benner said.

“This is kind of our vision of creating this culture of compliance,” he said. “I think it’s a game-changer.”

In October, Thomas Homan, ICE’s acting director, pledged to increase workplace enforcement by “four or five times,” opening a new front in an immigration crackdown that includes a 40 percent increase in deportation arrests and initial funding for a border wall with Mexico. In April, ICE agents made 97 arrests at a meatpacking plant in rural Tennessee with a helicopter flying above, reminiscent of the high-profile shows of force that were common during President George W. Bush’s administration.

Benner said the agency will focus on criminal cases against employers, as well as deporting employees who in the country illegally. Illegal hiring creates unfair advantages for companies, encourages people to come to the U.S. illegally, results in document and identity fraud and exposes workers to potentially dangerous conditions without overtime pay or health insurance, he said.

It remains to be seen whether immigration authorities can perform enough audits to compel a similar degree of compliance that the Internal Revenue Service does on personal and corporate tax returns. One measure may be the number of employees who voluntarily enroll in the federal government’s E-Verify system to electronically confirm if a person is authorized to work in the U.S.