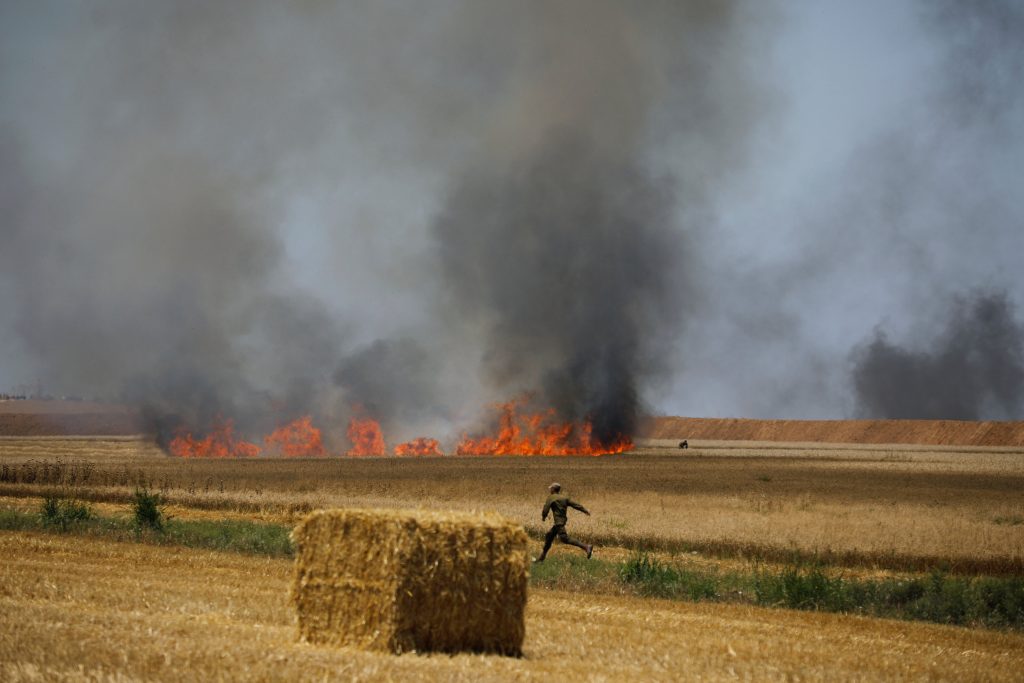 After a day of Hamas-led provocations which resulted in the deaths of 52 Palestinians and hundreds more wounded in Gaza, Hamas called for a new intifada, or armed uprising, against Israeli authorities to protest the killings.

“The natural reaction to the death of people who were protesting peacefully should be with an Arab and Islamic intifada,” said Khalil al-Hayya, the deputy Hamas leader.

“Hamas is monitoring the marches, and stands as a shield for them,” he added.

The White House, however, blamed Hamas leaders for the casualties.

“There is no justification for the recklessness and cynicism Hamas has shown in urging people to engage in violence that exposes them to terrible risk. As the Secretary of State has said, Israel has a right to defend itself,” a White House official, speaking on condition of anonymity, said in a statement, according to Reuters.

“We call on the international community, and especially the Arab and Muslim states, to act; and act swiftly” against the “massacres being perpetrated against our peaceful people,” Abbas was quoted as saying.

He denounced the embassy opening as “a U.S. settlement outpost,” and reiterated his rejection of any further American peacemaking efforts.

“We received Trump’s peace plan; the Americans removed the issue of refugees and Jerusalem from the negotiations. We won’t accept this deal and we don’t want to hear from the United States anymore,” he said at an emergency meeting in Ramallah, according to a translation from Al-Jazeera.

“Every country has an obligation to defend its borders,” Netanyahu wrote on Twitter. “The Hamas terrorist organization declares it intends to destroy Israel and sends thousands to breach the border fence in order to achieve this goal. We will continue to act with determination to protect our sovereignty and citizens.”

Defense Minister Avigdor Lieberman also met on Monday evening with IDF Chief of Staff Gadi Eisenkot, instructing him “to continue acting with determination to prevent any attempt to undermine Israeli sovereignty and Israeli citizens, in accordance with the policy outlined.”

Meanwhile on Monday, Kuwait requested an emergency meeting of the United Nations Security Council on the Gaza violence to be held on Tuesday.

Kuwaiti U.N. Ambassador Mansour Al-Otaibi told journalists “We condemned what has happened.” Kuwait is a non-permanent member of the council.