Regional Cuomo: I Have Spoken to AG Hopefuls, Will Meet With Some
Regional 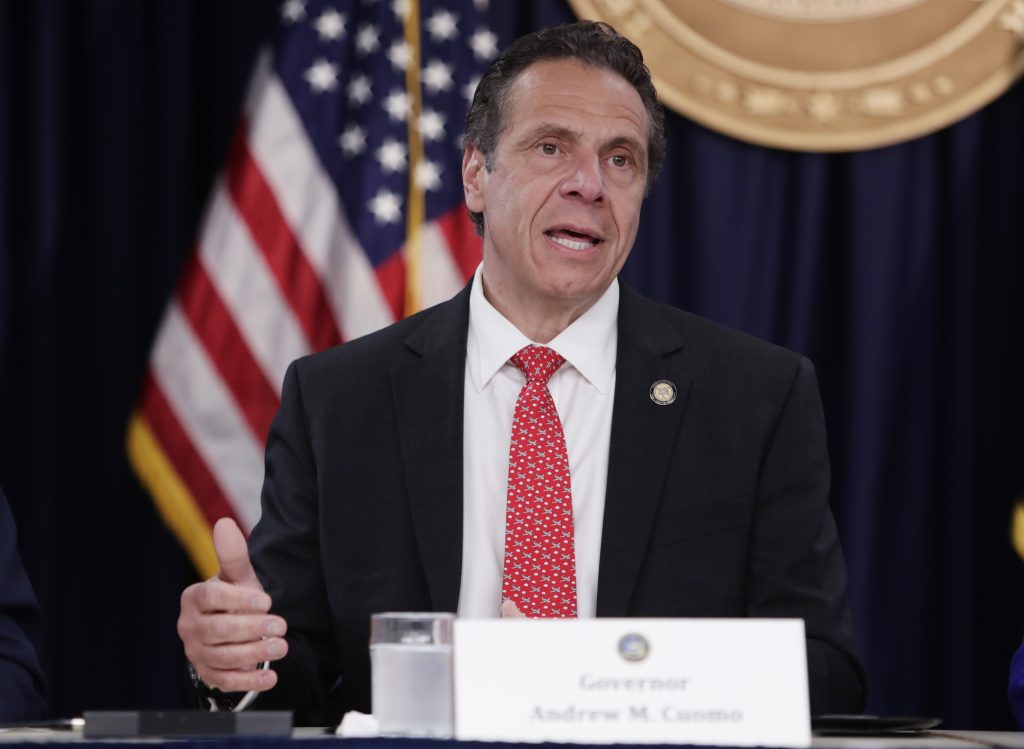 As the state Legislature prepares to interview candidates for New York attorney general, Gov. Andrew Cuomo said he has already spoken with several people interested in filling the job vacancy created with the resignation last week of Eric Schneiderman.

Cuomo told NY1 Sunday that he plans to meet this week with some of those interested in the job.

“I’ve had brief conversations with a number of people. I’m going to sit down and meet with them because I want to have a substantive conversation on issues, policies, et cetera,” Cuomo said. “So I want to make sure we get the most qualified person. I’ve been talking to a number of them. I know them on various levels.”

Cuomo’s actions drew a sharp rebuke from Marc Molinaro, the presumptive Republican candidate for governor in the November election, who called the governor’s interviews with the attorney general candidates “a gross violation of the separation of powers.”

“Attorney General candidates who do accept the interview should be disqualified from office,” Molinaro, the Dutchess County executive, said in a statement.

Schneiderman and Cuomo, New York’s attorney general from 2007 through 2010, are both Democrats.

Cuomo has appointed a Long Island district attorney to investigate the allegations against Schneiderman. Isabelle Kirshner, Schneiderman’s attorney, said last week that while she doesn’t believe criminal charges will be filed, she’s prepared to defend him if that happens.

Democrats hold the overall majority in the Legislature, which has the authority to appoint an attorney general through a joint vote of the Senate and Assembly.

Public interviews are scheduled Tuesday and Wednesday in Albany for 13 people who have applied to fill the vacancy. Among the candidates are Assemblyman Daniel J. O’Donnell of Manhattan; Elizabeth Holtzman, a former congresswoman and New York City comptroller; and Barbara Underwood, the state solicitor general who’s serving as acting attorney general.

Rep. Sean Patrick Maloney dropped out of the interview process Monday, saying he supports Underwood’s remaining in the job until the election.

Maloney will run for the position in November. Another person who has hinted he may run for the job is Preet Bharara, the corruption-custing former Manhattan U.S. Attorney who became a fierce antagonist of President Donald Trump. Schneiderman has sought to set himself up as the president’s main opponent, suing him for his business practices and policies.

Although the Legislature could appoint someone to serve out the last seven months of Schneiderman’s second four-year term, Democrats who control the selection process also have other options. They could leave Underwood in place for the rest of the year, an arrangement that state Senate Republicans support.

Lawmakers could also decide to wait to appoint the November election winner, who stands a strong chance of being a Democrat in a state where Democrats outnumber Republicans by more than 2-to-1.

The Democratic Party’s candidate for attorney general will be selected at next week’s Democratic state convention, to be held on Long Island.

In addition to the 13 applicants who have submitted their names to the Legislature, other potential candidates have gone public with their interest in becoming attorney general. They include Zephyr Teachout, whom Cuomo defeated in the 2014 gubernatorial primary, and state Sen. Michael Gianaris, a Queens Democrat.

Their opting out of the attorney general interview process is seen as a way to avoid being linked to what some critics have called a back-door deal among lawmakers to appoint Schneiderman’s successor.