Israel Herzog: Give Netanyahu His Due Credit
Israel 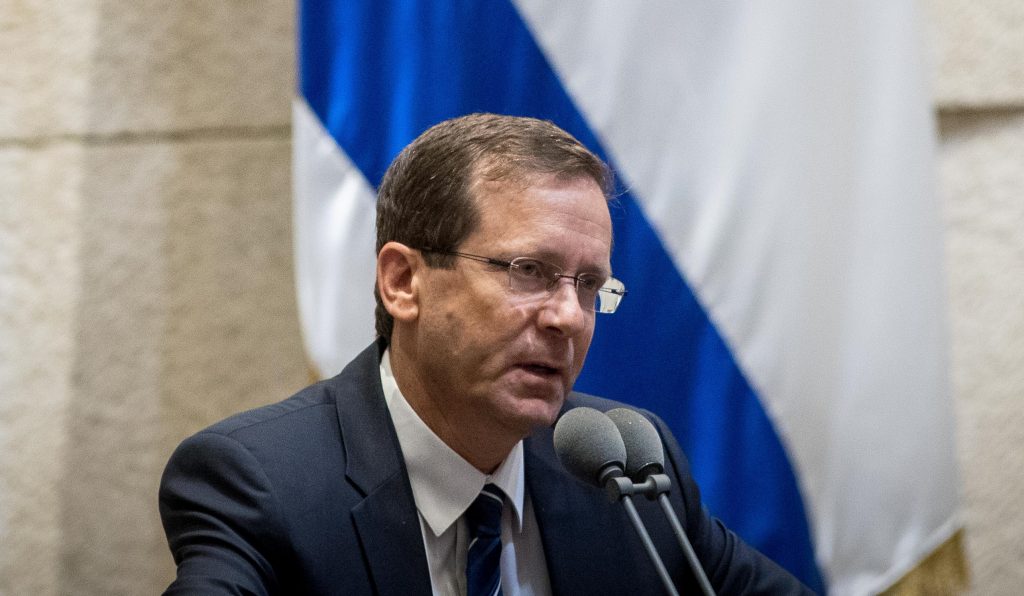 Prime Minister Binyamin Netanyahu deserves to be congratulated for the way he has handled the Iran issue, said Zionist Camp leader MK Yitzchak Herzog. The opposition leader generally has few positive words for his political arch-rival, but in this case, he said, Netanyahu deserves a great deal of credit.

“We really have to praise the prime minister. This was a very important week for Israel,” Herzog said at a weekend gathering. “Netanyahu is a political opponent, but he is not an enemy. We can debate about many of the things that he does that we feel are bad for Israel, but this time he deserves credit. He made the right decisions. I believe that Avi Gabay,” the new chairman of the party who currently does not serve in the Knesset, “feels the same way.”

Herzog was less charitable to Netanyahu’s ministers. “We need to remove Iran from Syria, but the ministers must stop making public statements about this, particularly when they say that we will ‘get rid of Assad,” referring to statements made last week by Public Security Minister Gilad Erdan. “This is the wrong approach to Middle East politics, similar to things they said about Lebanon, and we paid a price for that. The process with Iran is a long one, and there will be ups and downs.”

Herzog also discussed the opening of the new U.S. Embassy in Yerushalayim on Monday, saying that he planned to participate in the ceremony inaugurating it, along with Gabay and Zionist Camp MK Tsipi Livni. “This is a direct continuation of the traditional policy of Labor, harking back to the days of Prime Minister Yitzchak Rabin. I believe that the Americans will present their peace plan in the coming months,” following the opening of the embassy. “If this does not happen it will be a big mistake.”