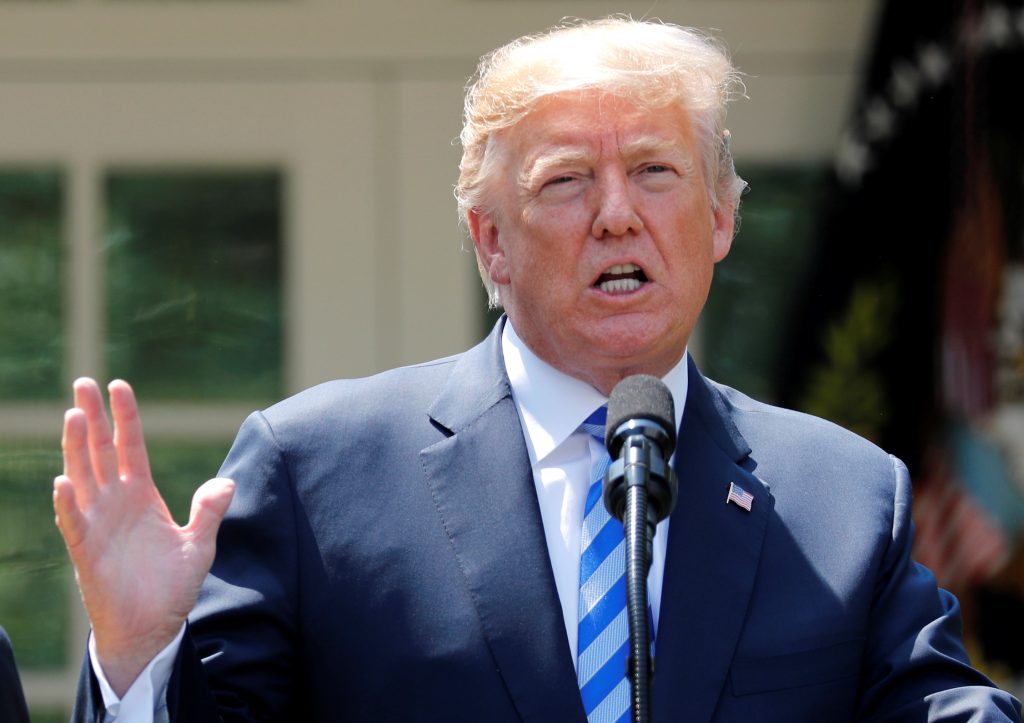 President Donald Trump said on Saturday that Congress must have a deal to fund the federal government before the summer break in August or lawmakers would have to stay in Washington.

In a tweet, Trump also said the funding bill should include money to build a wall on the border with Mexico.

“The Senate should get funding done before the August break, or NOT GO HOME,” he tweeted. “Wall and Border Security should be included.”

A $1.3 trillion spending bill, which Trump signed in March, will keep the government funded through the end of September.

Trump last month threatened to shutdown the federal government if the Republican-controlled Congress did not provide more money for the wall. The government briefly shut down in January over immigration.

Trump also complained on Saturday about delays confirming hundreds of people he had nominated to serve in his administration, and accused Democrats of obstruction.

“Also waiting for approval of almost 300 nominations, worst in history,” he said. “Democrats are doing everything possible to obstruct, all they know how to do. STAY.”