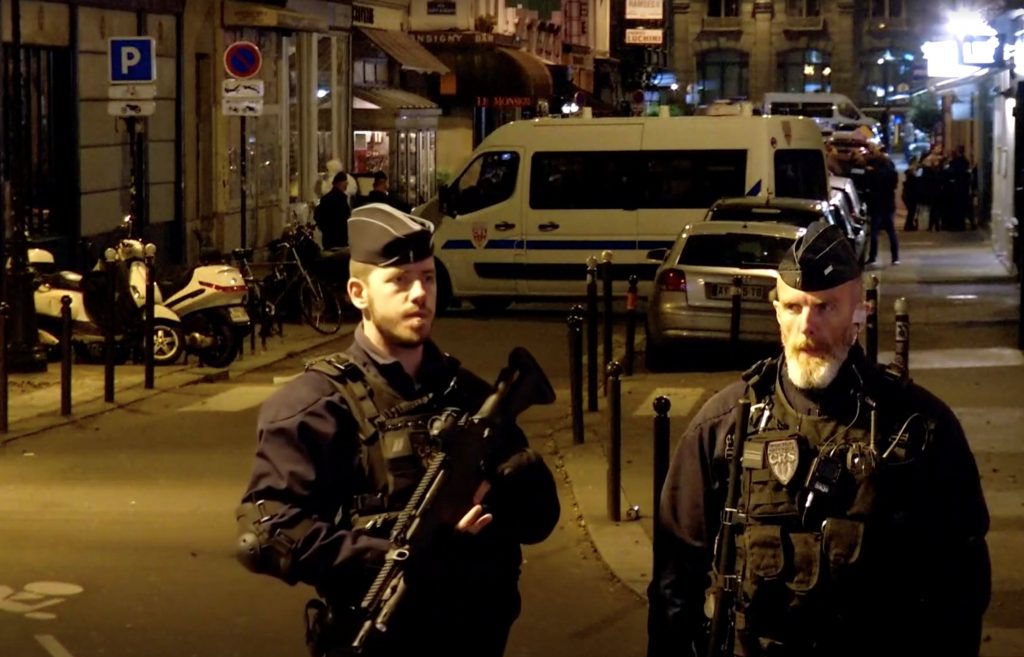 An assailant shouting “Allah Akbar” killed a passer-by in a knife attack that also wounded four others in the heart of Paris late on Saturday before he was shot dead by police, French authorities said.

The country has been on high alert amid a series of attacks, commissioned or inspired by the Islamic State terrorist group, that has killed more than 240 people since 2015.

France “will not yield an inch to the enemies of freedom,” President Emmanuel Macron said after the attack, praising officers for “neutralizing the terrorist.”

The first call to police was placed at 8:47 p.m. local time (1847 GMT), officers were on the scene within five minutes, and the attacker was “neutralized” within nine minutes of that first call, Prime Minister Edouard Philippe told reporters.

Police union representative Rocco Contento told Reuters that the assailant, after attacking bystanders with a knife, rushed at police shouting “I will kill you, I will kill you!”

He was then shot by the officers.

The attack took place in the heart of the French capital in a district popular with tourists for its many restaurants and cafes, landmark retail stores, and the Paris opera.

Prosecutor Francois Molins told reporters the police’s anti-terrorism unit would launch an investigation, given the aggressor’s “mode of operation.” The identity of the attacker man was not yet known, officials said early on Sunday.

A picture seen by Reuters, which a source said showed the attacker, showed a bare-chested and bearded young man dressed in black trousers.

The Islamic State claimed responsibility via its Amaq news agency, but provided no proof for its claim.

Witnesses described for French media how they saw the assailant running towards police officers who shot him.

“We were told to get into a bar quickly. I was curious and went outside again. Outside, I saw a person on the ground about 200 metres from me. The police, fire brigade and ambulance arrived,” one female witness told LCI tv. “I could not see anything else after that.”

Authorities did not immediately reveal the identity of the victim.