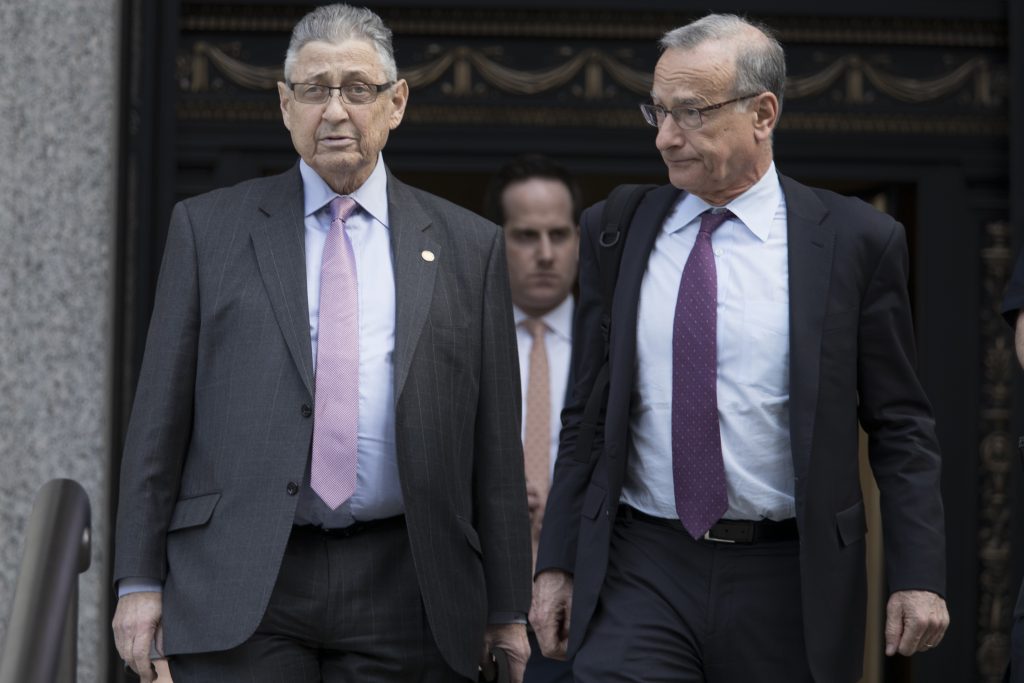 A jury convicted former New York Assembly Speaker Sheldon Silver of public corruption charges Friday, dashing the 74-year-old Democrat’s second attempt to avoid years in prison after a decades-long career as one of the most powerful politicians in state government.

The verdict, which came on the first full day of deliberations, was a repeat of the outcome in Silver’s first trial in 2015.

That conviction and a 12-year prison sentence were tossed out by an appeals court as a result of a recent Supreme Court ruling that tweaked the legal boundaries of what constituted corruption.

Silver could again be facing a long prison term when he is sentenced on June 13.

After the verdict, Silver emerged from the courthouse and said he would launch another appeal.

“I feel disappointed at this point,” he said. But, he added, “I am very confident that the judicial process will play out in my favor,” he said.

The trial was twice as fast as Silver’s first trial as attorneys knew what they could draw from the 26 witnesses and the evidence that accompanied them. For a second time, Silver chose not to testify.

The gray-haired, bespectacled Silver was first elected in 1976 and served as speaker for 21 years.