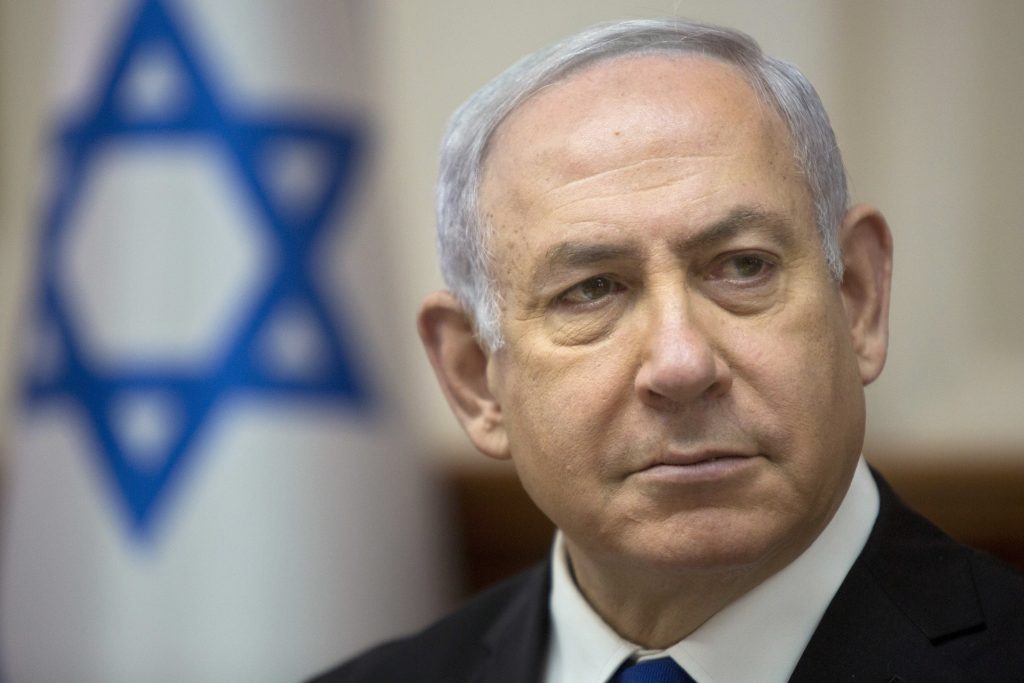 But an impromptu bit of dinner diplomacy between Israel’s prime minister and a prominent Emirati ambassador sheds light on one of the worst kept secrets in the Arab world: the quiet ties between Israel and some of its Arab neighbors that are increasingly coming out in the open as they find common cause against mutual foe Iran.

The venue back in March was Cafe Milano, the upscale Georgetown restaurant often frequented by powerful Washingtonians, from Barack Obama to Trump Cabinet members. Israeli Prime Minister Binyamin Netanyahu, in town for an annual pro-Israel policy conference, was midway through dinner with his wife, Sara, when an unexpected request came his way.

By coincidence, the Emirati ambassador to the U.S., Yousef al-Otaiba, was at the restaurant hosting Brian Hook, the State Department’s policy planning chief, and a group of U.S. journalists, along with Bahrain’s ambassador, Sheikh Abdullah bin Rashed bin Abdullah Al Khalifa.

The Americans dining with Otaiba got wind that Netanyahu was nearby. Word was sent to see if the Israeli would mind making an appearance at their dinner. That request first passed through the restaurant’s owner, then one of the journalists, who had walked by Netanyahu’s table while on the way to the restroom.

It wasn’t long before Netanyahu and his wife came over to say hello on their way out. They lingered, answering a few questions from the group about Iran and other issues. There were smiles, a few laughs about the oddity of the situation, and Netanyahu shook hands with the two ambassadors before leaving the restaurant.

Neither the Israelis nor the Emiratis publicly disclosed the encounter, but it was described to The Associated Press by six people who either attended the dinner or were briefed on it. The individuals who attended spoke on condition of anonymity because the dinner’s ground rules were that it be considered off the record. The AP did not attend the dinner.

The Israeli and Emirati embassies in Washington declined to comment.

In and of itself, the interaction does not signal any historic establishment of ties between Israel and the UAE or any other country. Yet it casts light on how friendly cooperation between the Jewish state and the Arab Gulf nations, until recently kept behind the scenes, are creeping into public view.

“It’s become an open secret, even not a secret at all, demonstrated in public ways that are taboo-breaking and important in beginning a process of preparing Arab publics to share the Arab leadership’s view that Israel is a strategic partner,” said Dan Shapiro, a former U.S. ambassador to Israel. “But there is a danger in irrational exuberance. This is a very fragile process.”

Driving the shift — until recently unimaginable in the Arab world — is a growing alignment between Israel and the Sunni Arab nations against Iran, the Shiite-led nation that Israel considers an existential threat. Saudi Arabia and its allies in the region, including the UAE, share a view that Iran now presents more of a threat to the region than Israel, whose thriving economy and prosperous tech sector have become attractive models for other Middle East nations to try to replicate.

Yet there are risks for the Arab nations in moving too fast. After all, Arab leaders have spent much of the past 70 years teaching their populations that Israel must not be allowed to exist and championing the cause of the Palestinians.

Those leaders may have some common ground with the Israelis, but the Palestinian issue remains a deeply emotional cause throughout the Arab world and would constrain them from going too far in their relations with Israel unless there is a resolution. While Israel and the U.S. have sidelined the Palestinian issue, these behind-the-scenes ties are likely to continue, and may be enough for Israel’s own strategic needs.

Netanyahu frequently boasts of growing, discreet cooperation with moderate Arab countries. Though he doesn’t identify them by name, they’ve long believed to be Sunni Gulf countries such as the UAE and Saudi Arabia.

The Saudis, for instance, recently broke a decades-old practice and agreed to allow Indian flights to Israel to pass through Saudi airspace, cutting the trip by several hours. The Saudi crown prince, Mohammad Bin Salman, even met with pro-Israel Jewish American leaders during his recent high-profile trip to the U.S., during which he was quoted as criticizing the Palestinians.

Israeli businessmen quietly operate in the UAE. The Emirati Embassy in Washington is planning an interfaith Iftar — the meal eaten by Muslims to break the Ramadan fast — that will include a U.S. rabbi.

Qatar allows an ambassador to stay in Israel and to work with Israeli military officials while overseeing Qatari-funded construction projects in Gaza. The tiny, wealthy nation also recently hosted prominent Jewish-American leaders for a visit to Doha where they met with the country’s ruling emir.

Bahrain late last year sent an interfaith delegation including Muslims, Buddhists, Christians, Hindus and Jews to Israel, in what was perceived as testing the waters for what might happen if the nation were to recognize Israel. And its foreign minister, Khalid bin Ahmed Al Khalifa, stunned Israelis and Arabs this past week when he tweeted support for Israel’s self-defense after Israel retaliated for an Iranian rocket barrage by attacking suspected Iranian targets in Syria,

“As long as Iran has breached the status quo in the region and has evacuated its troops and missiles, any state in the region, including Israel, is entitled to defend itself by destroying the sources of danger,” the foreign minister wrote.