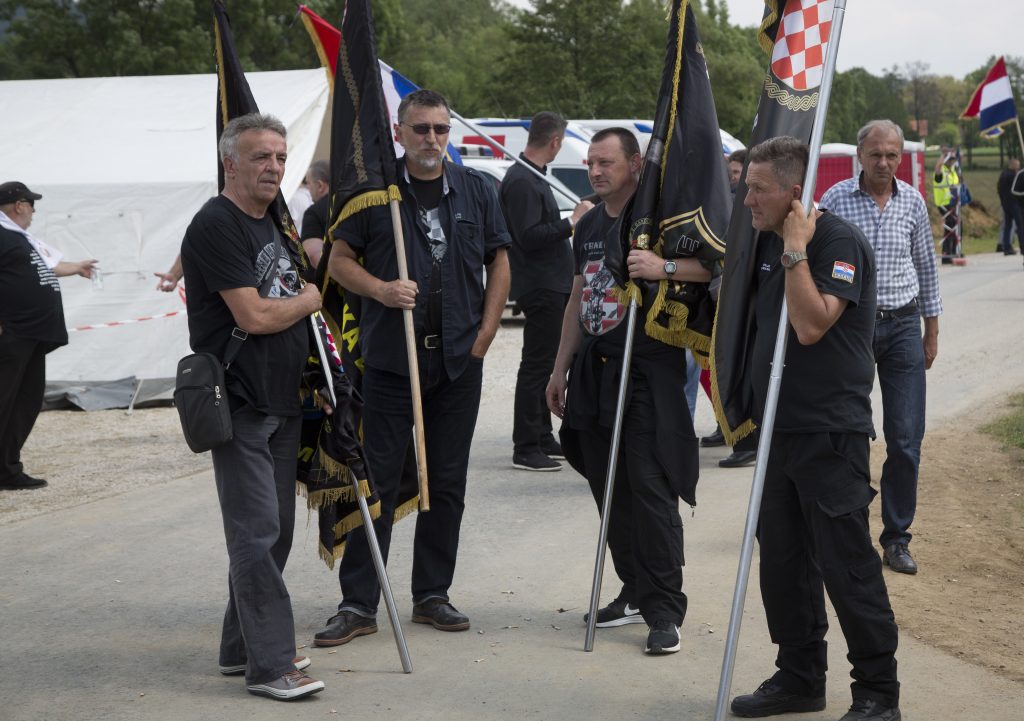 Thousands of Croatian far-right supporters gathered in a field in southern Austria on Saturday to commemorate the massacre of pro-Nazi Croats by victorious communists at the end of World War II.

The controversial annual event was held amid a surge of far-right sentiment in Croatia, the European Union’s newest member. For Croatian nationalists, the Bleiburg site symbolizes their suffering under communism in Yugoslavia before they fought a war for independence in the 1990s.

Tens of thousands of Croatians, mostly pro-fascist soldiers known as Ustashas, fled to Bleiburg in May 1945 amid a Yugoslav army offensive, only to be turned back from Austria by the British military and into the hands of revengeful anti-fascists. Thousands were killed and buried in mass graves in and around Bleiburg.

The Croatian Ustasha regime sent tens of thousands of Serbs, Jews, Gypsies and Croatian anti-fascists to death camps during the war.

“Awful crimes have been committed in the Bleiburg field,” Croatian parliament speaker Gordan Jandrokovic said. “Today we are paying our respect to the victims, civilians as well as soldiers.”

Croatia’s center-right government has been accused of turning a blind eye to the rising extremism and downplaying the crimes of the Ustasha regime. The policies have triggered protests from Croatia’s minority Jewish and Serb communities.

Top Nazi hunter Efraim Zuroff said he tried to persuade Austria’s conservative government to ban the rally, but without success.

“It’s absolutely outrageous that Austrian authorities allow an event like this to happen,” Zuroff told The Associated Press by phone from Jerusalem. “In Austria, you are not allowed to brandish Nazi symbols, but they allow Ustasha symbols.”

For the first time since the first massive commemoration was held in the 1990s, Austrian authorities on Saturday banned the Ustasha insignia to be worn at the event. Despite the ban, some participants brandished T-shirts bearing the Ustasha wartime call: “For the Homeland, ready!”

“The main culprit of the tragedy of those people was the British Army because they tricked the Croatian soldiers to disarm before they were handed over to (Yugoslav Communist leader Josip Broz) Tito,” said Branko Mandic, one of the mourners.

A small anti-Fascist rally was held in the town of Bleiburg, with protesters displaying banners reading “Nazis Out!”

Croatian officials repeatedly have denied backing policies that run counter to European Union standards, saying they are focused on major economic and social reforms and not the revival of the far-right sentiments.