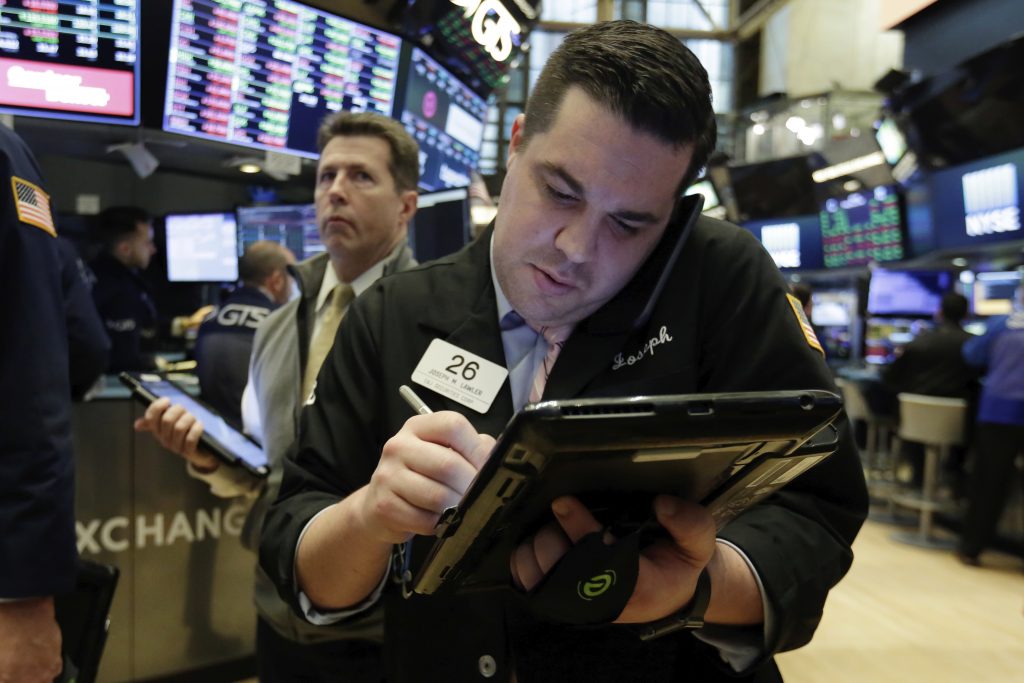 ON THE HOOK: Biogen rose 2 percent to $279.42 and Regeneron Pharmaceuticals added 4.3 percent to $301.34 as investors waited for President Donald Trump to announce plans intended to control drug prices.

REVIEW THIS: Yelp fell 8.3 percent to $43.79 after the online review portal gave an outlook for its current quarter that fell short of analysts’ expectations.

GOOD QUARTER: Trade Desk vaulted 38.7 percent to $73.12 after the digital-advertising-platform company raised its annual forecasts after a strong first quarter.

UNDER SCRUTINY: Symantec slumped 34.8 percent to $19.03 after the security-software company revealed an internal investigation that could delay its annual report. The company also said that the matter has been referred to the Securities and Exchange Commission. Symantec also gave weak profit forecasts.