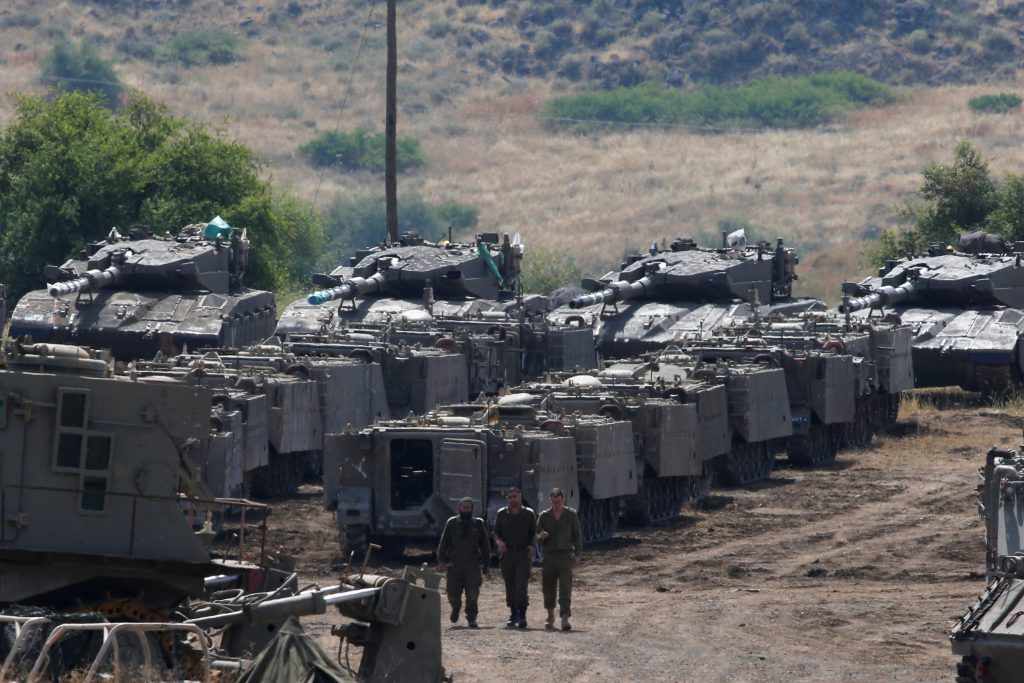 The majority of Israelis support the policies that Prime Minister Binyamin Netanyahu has implemented regarding Iran, a Maariv poll showed. According to the poll, 65 percent of Israelis in the poll of a representative sample of all Israelis expressed satisfaction with the revelations by Netanyahu of the Iranian Atomic Archives, and the recent attacks on Iranian installations attributed to Israel. Meanwhile 69 percent said they agreed with Netanyahu’s policies on both Iran and Syria.

The poll showed that 54 percent of Israelis believe that a showdown between Israel and Iran is likely sooner than later – and if that is the case, it would be better to fight the battle now rather than postpone it. Of those, 36 percent believe that there is a strong likelihood of that fight happening soon, while 18 percent are “positive” that it will come soon. With that, 54 percent said that they were worried about the security of communities that could be at risk from Iranian or Syrian attacks.

A large majority – 59 percent – also supported the withdrawal of the United States from the Iranian nuclear deal, while 18 percent said they thought it would harm Israeli security, by giving Iran an excuse to openly restart its efforts to develop nuclear weapons.

The poll further showed that Netanyahu has benefited politically from the effects of his policy. If elections were held today, the Likud led by Netanyahu would get 36 seats in the Knesset. Trailing far behind would be the second place Yesh Atid, which would get just 17 seats. Zionist Camp would get just 10 seats, Jewish Home 9, and both Kulanu and United Torah Judaism would get 7. Yisrael Beytenu would get 6, while Meretz would receive 5. A party led by former Yisrael Beytenu Orly Levi-Abukasis would get 6, while Shas would remain in the Knesset with 4.

Early Friday, the IDF published photos and other data about the sites it struck in Wednesday night’s attack on Iranian installations in Syria. The army announced that the attack was the biggest one on Syrian territory since 1974, hitting over 50 Iranian targets, including troop installations, weapons warehouses, logistics and command centers, missile launchers and more. The operation, the IDF said, had been called internally “Operation Checkmate.”