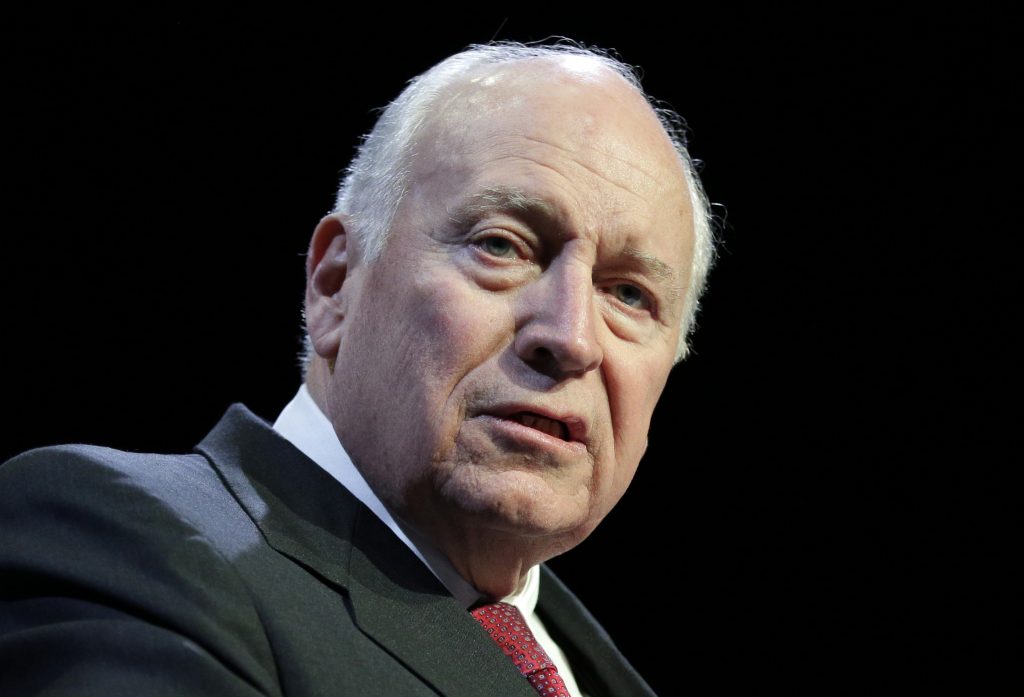 Former Vice President Dick Cheney said the U.S. should restart the harsh detention and interrogation practices used on terror suspects after 9/11, and called on the Senate to confirm CIA nominee Gina Haspel.

Brutal interrogation practices are currently banned under U.S. law, but debate on the issue has re-surfaced during Haspel’s confirmation process because she was once involved in the CIA’s interrogation program.

Haspel, currently the acting director of the CIA, told members of the Senate Intelligence Committee during her confirmation hearing on Wednesday that, if confirmed, she would not restart the interrogation program. Trump has agreed with Cheney, saying during his campaign that “torture works.”

Cheney told Fox Business on Thursday that if it were up to him, he would have the program active and ready to be employed if needed. He says that the program was necessary to keep the U.S. safe from terror attacks and that he doesn’t think the techniques used amounted to torture.

“I think the techniques we used were not torture. A lot of people try to call it that, but it wasn’t deemed torture at the time,” Cheney said. “People want to go back and try to rewrite history, but if it were my call, I’d do it again.”

Haspel is expected to get the nod from the GOP-controlled Senate Intelligence Committee, but senators are still deciding whether they will vote to confirm her when the full Senate votes in upcoming weeks.

“I think she’d be a great CIA director,” Cheney said about Haspel. “I think she’s done a great job in terms of the career she’s built, and the people I know at the agency are very enthusiastic about having one of their own, so to speak, in the driver’s seat at the CIA.”

She has broad, but not unanimous support, from Republicans in the Senate. And Democratic Sen. Joe Manchin of West Virginia announced this week that he will back Haspel. So far, the only Republicans who have announced opposition to Haspel are Sens. Rand Paul, R-Ky., and John McCain, R-Ariz., who is battling cancer and is not expected to be present for the vote.

In recent days, those coming out against Haspel include Sen. Angus King, I-Maine, and Democratic Sens. Dianne Feinstein and Kamala Harris, both from California, Elizabeth Warren of Massachusetts and Tim Kaine of Virginia.