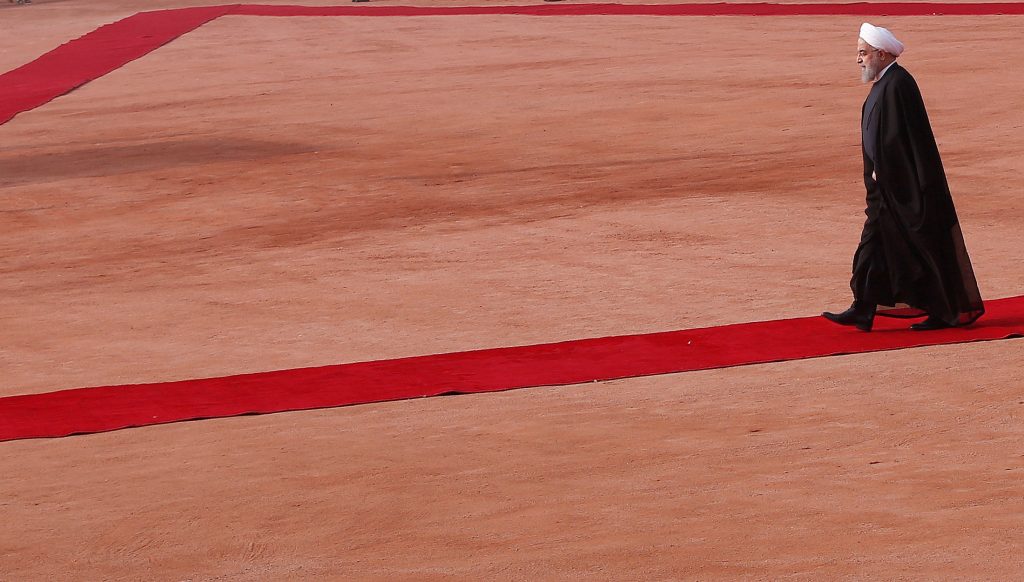 German Chancellor Angela Merkel’s office said on Thursday that she has condemned an Iranian rocket barrage on Israeli positions in the Golan Heights in a phone conversation with Iranian President Hassan Rouhani.

Merkel condemned the overnight attacks on Israeli positions “and called on Iran to contribute to de-escalation in the region.”

Iran does not want “new tensions” in the Middle East, Rouhani responded, in his first publicized comment on the current crisis.

“Iran has always sought to reduce tensions in the region, trying to strengthen security and stability,” Rouhani said, according to a statement posted on the website of the Iranian president.

Merkel underlined the support of Germany, France, and Britain for the nuclear deal, so long as Tehran continues to fulfill its obligations under that agreement. Merkel advocated opening talks with Iran on its ballistic missile programs and its activities in countries such as Syria and Yemen.

The Prime Minister condemned the Iranian rocket attacks against Israeli forces, and said we strongly support Israel’s right to defend itself against Iranian aggression, according to a statement from her office.

They agreed it was vital for the international community to continue working together to counter Iran’s destabilizing regional activity, and for Russia to use its influence in Syria to prevent further Iranian attacks.

Later on Tuesday, the European Union called reports about Iranian strikes against Israeli army posts from inside Syria “extremely worrying,” and said Israel had the right to defend itself, according to Reuters quoting a spokeswoman for the bloc’s foreign policy chief, Federica Mogherini.