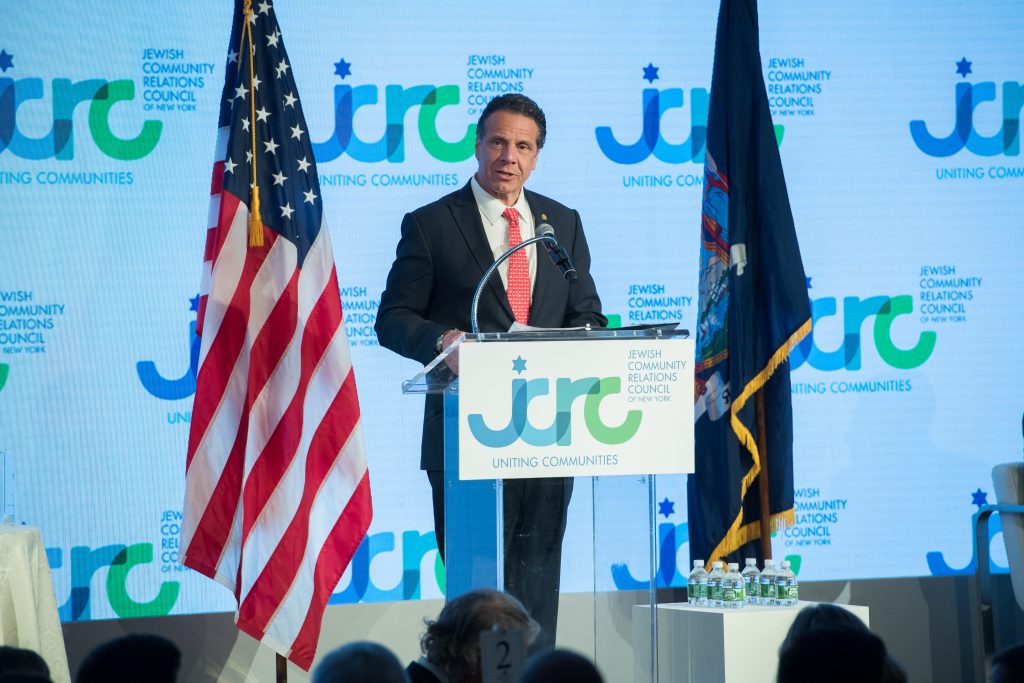 Cuomo announced the “security and solidarity” trip to Israel at the Jewish Community Relations Council of New York’s dinner Wednesday night, shortly after reports of Iranian rocket attacks at Israel from Syria followed by Israeli attacks on the Iranian installments.

“I believe true friendship is shown not in the easy times, but in the hard times,” said Cuomo.

“[As] the complexity of the situation continues to grow, regardless of your position on the Iranian nuclear agreement, the threat from Tehran against Israel continues and grows. It is these moments that call our character into question. It’s these moments that dissolve the gray into black and white and ask each of us individually, where do you stand and who do you stand with? My answer is simple: As long as I am Governor of New York, this state stands 100 percent with Israel.”

Cuomo has made a number of trips to Israel, including one in 2000 as HUD Secretary to promote President Bill Clinton’s peace plan, one in 2002 as Israel was suffering from a rash of Hamas suicide bombings, and a trip as governor in 2014 as Israel was facing a barrage of Hamas rocket fire.

In his remarks Wednesday night, Cuomo recalled first meeting former Israeli President Shimon Peres some 40 years ago, and said he’s never forgotten what Peres told him about terrorists: “They come for us now because we are close. Because they can get to us. But one day they will figure out how to cross the ocean and then they will come for you. Because the enemy is not Israel. The enemy is freedom and democracy and the way they demonize Israel, they demonize America. And when they figure out the ocean, you will see.”

“This was 20 years before 9/11,” said Cuomo. “This was before the internet became the transmission line of hate from across the ocean. And now we see how right he was and how profound he was. Israel’s enemies are America’s enemies. They are the same, and we have to realize that in this nation. The mutuality, the commonality, the fight for Israel is the fight for America.”

New York City Councilman Kalman Yeger, who represents one of the most heavily concentrated Orthodox Jewish communities in the diaspora, applauded Cuomo’s announcement.

I was proud and moved to hear [Cuomo’s] announcement last evening that he would travel to Israel – as he has done many times before – to stand with the Jewish people in time of need,” said Yeger in a statement Thursday. “It is important and necessary for American political leaders to stand with our nation’s allies when under attack.”