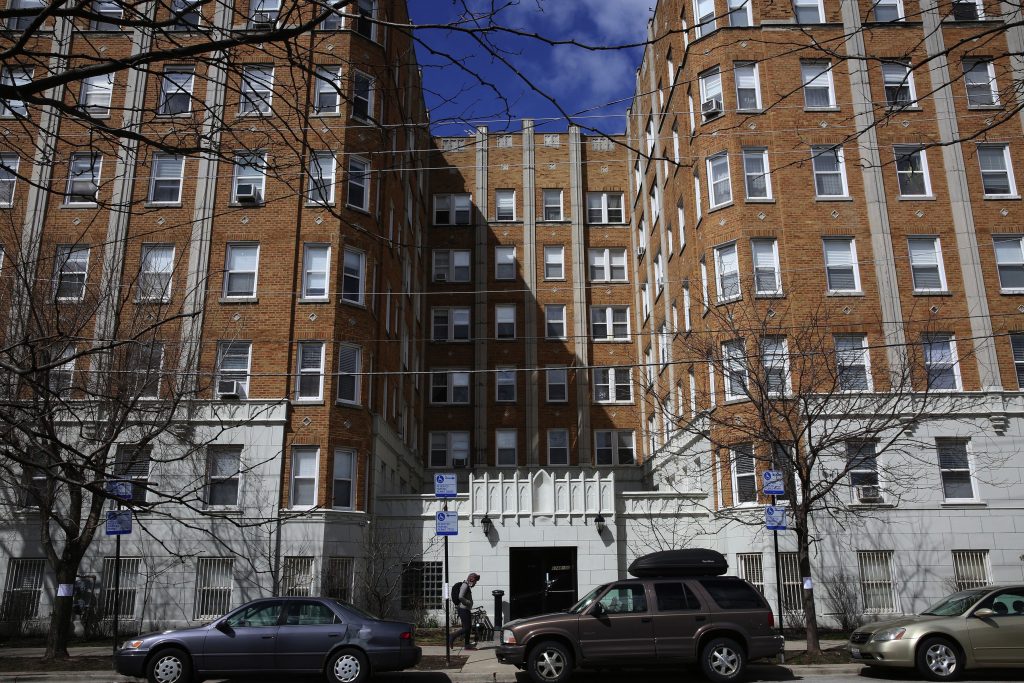 A man has been charged in an astonishing scheme that temporarily changed the address for the global headquarters of shipping giant United Parcel Service to his tiny garden apartment in Chicago, resulting in thousands of pieces of mail meant for UPS executives and other employees being delivered to his doorstep.

A criminal complaint charging Dushaun Henderson-Spruce, 24, with theft of mail and fraud was unsealed Tuesday, records show. He is in custody, pending a detention hearing before U.S. Magistrate Judge Jeffrey Gilbert next week, when prosecutors have said they will argue whether he should be held as a risk to flee.

When confronted Jan. 25, Henderson-Spruce at first agreed to talk to federal agents but “terminated the interview” when he was asked why he submitted the change-of-address form for UPS, according to the complaint.

According to the charges, Henderson-Spruce, who briefly worked as a package handler for UPS in 2012, submitted a written change-of-address form on Oct. 26 requesting that the company’s headquarters address at 55 Glenlake Parkway NE in Atlanta be changed to 6750 N. Ashland Ave. — his one-bedroom apartment in Chicago’s Rogers Park neighborhood.

Henderson-Spruce did not identify himself on the one-page form. At first, the initials “HS” were written on the signature line, but the initials were then scratched out and replaced with “UPS,” according to the charges.

It wasn’t until Jan. 16 — nearly three months after the address change — that a UPS security coordinator caught on to the setup and notified postal inspectors, court records show.

The security coordinator notified investigators that not only had UPS not authorized the change, but it also appeared that about 150 corporate American Express cards in various employee names — including the CEO and members of the board of directors — had been issued under the Ashland Avenue address, according to a search warrant affidavit.

It was later learned that only five cards had actually been shipped, and none had been misused, the affidavit said.

The day after the alleged fraud was detected, postal inspectors interviewed the carrier who delivers the mail to Henderson-Spruce’s timeworn, seven-story building. The carrier said “voluminous” amounts of UPS mail had been coming to the apartment for months, far more than would fit in the small boxes assigned to tenants, the affidavit said.

To accommodate the deluge, the carrier “had to place the mail in a USPS tub and leave it at (Henderson-Spruce’s) door,” the affidavit said.

A week later, postal inspectors returned to the building and began retrieving some 3,000 pieces of first-class and registered mail addressed to UPS at Henderson-Spruce’s apartment, according to the criminal complaint. That same day, investigators at Fifth Third Bank notified postal inspectors that more than 10 checks addressed to UPS were deposited to a personal account belonging to Henderson-Spruce. The checks totaled more than $58,000, according to the charges.

In a brief interview last month with a Chicago Tribune reporter, Henderson-Spruce hinted that he’d received the UPS mail as a result of a mix-up that was not his fault, and that his identity may have been stolen. But he declined to elaborate.