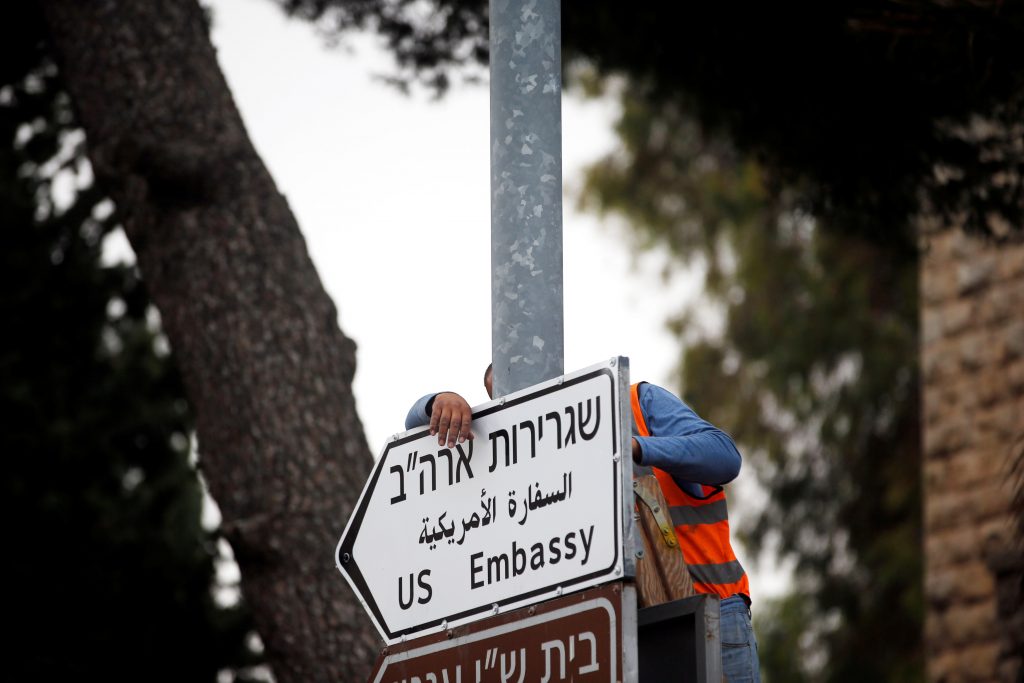 Police in Yerushalayim were preparing for what is expected to be a “dramatic” week, beginning with Yom Yerushalayim (Jerusalem Day) on Sunday, continuing on Monday with the official opening of the new U.S. Embassy in the city, and preparing for “Nakba Day” next Tuesday – while getting ready to ensure the safety of tens of thousands who will be in the city for Shavuos, which comes up a week from Motzoei Shabbos. All three of these events are “high alert” events for police, as they involve sensitive political matters, large numbers of people, or both.

Yom Yerushalayim generally sees thousands gather for parades and events celebrating the reunification of the city after the Six Day War in 1967, and this year, as the state celebrates its 70th anniversary, some 20,000 people are expected to participate in the Yom Yerushalayim Flag Parade, the highlight of the day’s events, and one that in the past has been the focal point of Arab violence in the city. The parade includes a walk around the Old City’s walls, including portions of the wall in Arab areas. In the past, police have attempted to prevent the parade from passing through those areas, but have generally been overruled by the courts. No attempt was made this year to seek an injunction against the march.

Monday will see the opening of the U.S. Embassy, located on the grounds of the current U.S. Consulate in the Armon Hanatziv area. The building is relatively isolated, on its own hilltop and with a long access road – but police are taking no chances. Over 1,700 police will be on hand to protect event participants. No specific threats have been received by police regarding the event, but a police source told Hadashot News that “with all the Palestinian incitement surrounding this event, we have no idea what is going to happen, so we are preparing for everything.”

Tuesday, May 15th, is “Nakba Day” – the day Palestinians have chosen to decry the establishment of Israel, as it is the secular date corresponding to the fifth of Iyar in 1948, the date the State of Israel was declared. While disturbances on this day have largely occurred in Palestinian Authority-controlled areas of Yehudah and Shomron, Hamas has sworn this year to use the day for its “Great March,” in which it intends to tear down the Gaza border fence with a force of tens of thousands. The IDF is on full alert for that event, and police are concerned that if there is major violence and numerous Gaza Arab rioters are killed, the events could spill over into riots in Yerushalayim.

Finally, police are preparing for the possibility of that unrest continuing on into the weekend – which happens to be Shavuos weekend. On Motzoei Shabbos – Leil Shavuos – tens of thousands of yeshivah students, residents and visitors will be up and about, as they attend shiurim and other events that are held in honor of Shavuos, when it is traditional to remain awake and learn all night. Tens of thousands are expected to jam the Kosel for netz davening on Sunday morning. The large number of Jews, combined with the increased motivation of Arabs in the coming days to attack them, is something police are very concerned about, the sources told Hadashot News. With that, police will be out in force, and expect to be able to keep the peace so that all the events can be held without security concerns, the sources said.