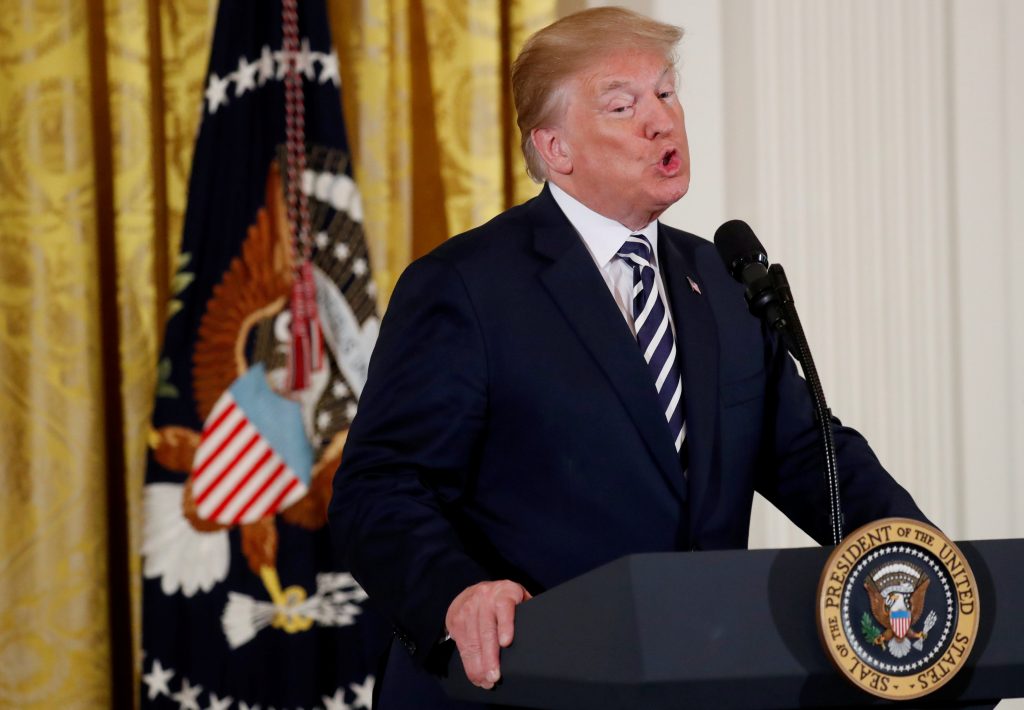 President Donald Trump threatened the media on Wednesday morning, suggesting he could pull the White House press credentials of reporters for unfavorable coverage of him and his administration.

“Why do we work so hard in working with the media when it is corrupt? Take away credentials?” Pres. Trump wrote on Twitter.

Pres. Trump complains about the media often but rarely threatens government action. During the presidential campaign, he would sometimes bar reporters for certain media outlets from his rallies. As president, he suggested he could take media networks’ broadcast licenses — though federal licenses go to individual stations, not networks — and he proposed an audit of the post office system to target Amazon, linking the company to the Washington Post because both are owned by Jeff Bezos.

First Amendment advocates have been alarmed by his open suggestions about using his office to punish media that he deems antagonistic. The tactics have helped Pres. Trump with his political base, which views much reporting on the president with equal disdain.

In his latest tweet, Pres. Trump cited a study by the conservative Media Research Center of the three major networks’ nightly news broadcasts finding that 91 percent of “evaluative” statements about the president were negative.