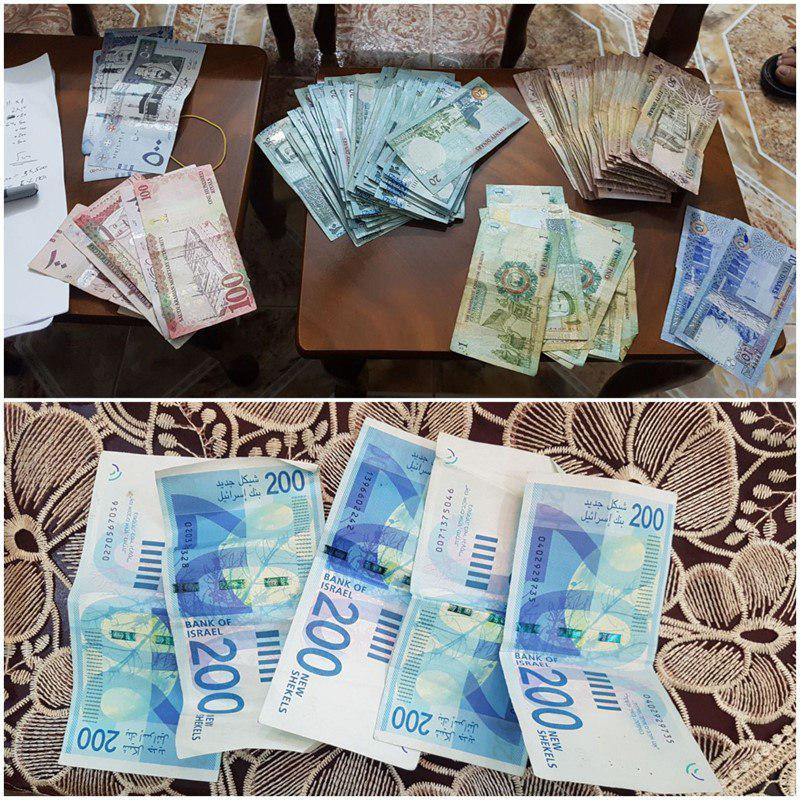 IDF soldiers overnight Wednesday seized tens of thousands of shekels in terror funds from Arabs in the Palestinian Authority-controlled village of Asira ash-Shamaliya, outside Shechem. The money was part of payments made by Hamas and the Palestinian Authority to the families of terrorists for committing terror acts against Israelis, officials said. Several arrests were made, as Arabs rioted when soldiers entered the village.

Police overnight Monday seized a large number of weapons and ammunition in Lod. Guns and rifles, along with a large amount of ammunition, were seized. Also seized were a large amount of narcotics, worth tens of thousands of shekels on the street. Police said that the seizure of the cache was “a significant step in the ongoing war of the Israel Police against organized crime and violence. Beyond the criminal aspects, this was an action that will save the lives of innocent civilians.”

Overnight Tuesday, security officials said they arrested 14 wanted security suspects in other areas in Yehudah and Shomron. The suspects were wanted for participating in rioting and throwing stones and firebombs that endangered Israeli civilians and IDF soldiers. Several of the suspects were also charged with belonging to Hamas. All were being questioned on their activities by security forces.